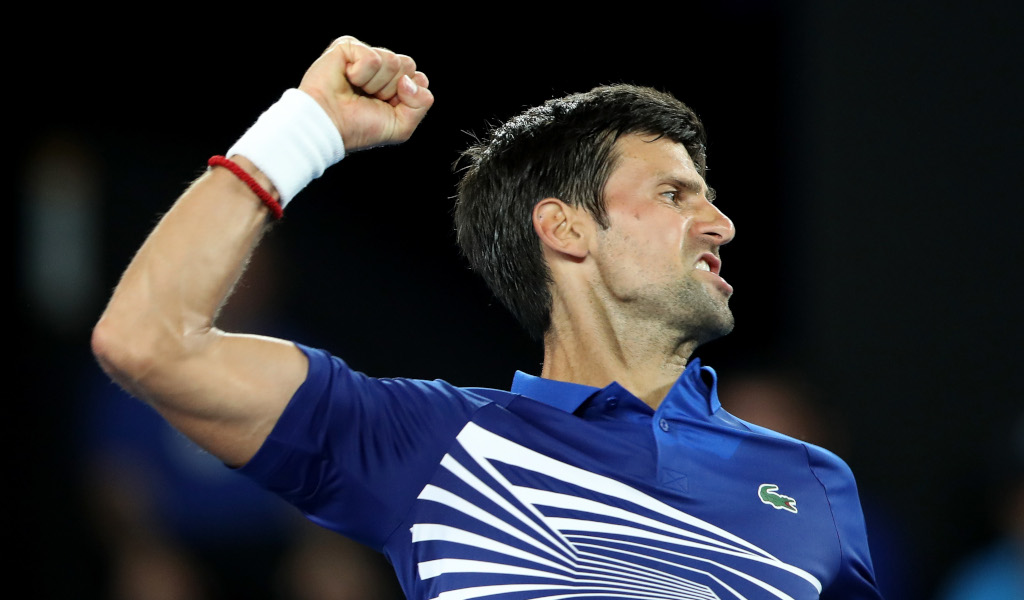 Novak Djokovic kicked off his campaign to win a third consecutive Grand Slam with victory over Mitchell Krueger at the Australian Open.

Coming into the season-opening major on the back of title successes at Wimbledon and the US Open, the world No 1 required just over two hours to beat the American 6-3, 6-2, 6-2 in his first-round match.

Krueger, though, did give Djokovic something to think about early on as he broke in game three of the first set only for the Serb to hit back immediately before breaking again in game eight.

And it was one-way traffic after that as Djokovic set up a second-round encounter with Jo-Wilfried Tsonga, the man whom he beat in the 2008 final at Melbourne Park.

Latvian Gulbis won the opening set 6-3, but was down 1-3 in the second set when he threw in the towel.

Australian Thanasi Kokkinakis was another player who retired as he picked up a shoulder injury during his match against Taro Daniel.

The 22-year-old Kokkinakis won the first set 7-5, but was down 2-4 in the second set when the pain became unbearable and he was forced to quit.