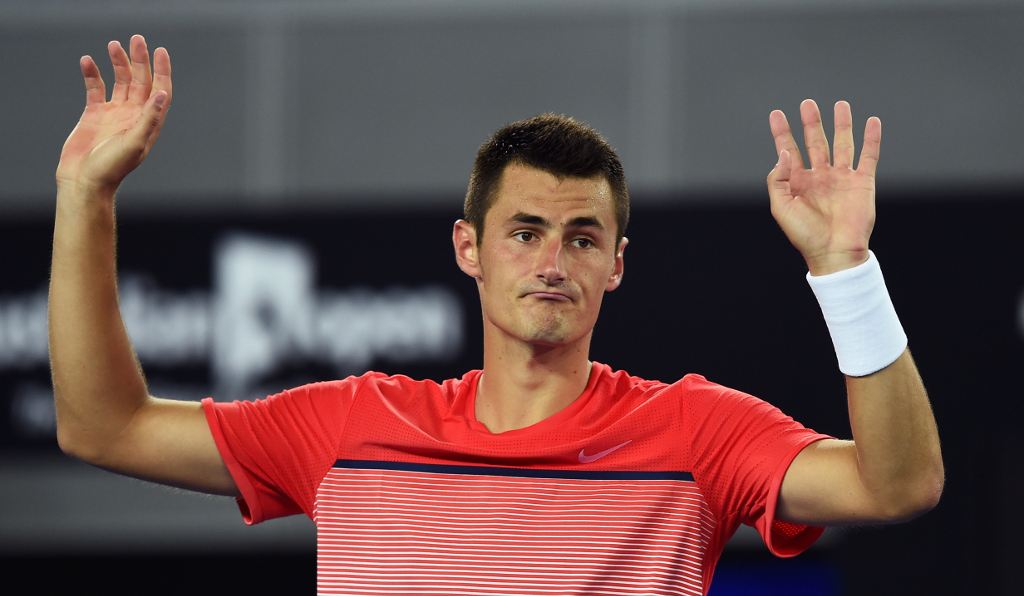 Australian Open qualifying has proved very different this year, with the events taking place thousands of miles away from Melbourne Park in Dubai and Doha more than three weeks before main draw action begins on February 8.

Despite the obstacles that organisers faced due to the coronavirus pandemic, the format has remained the same with 16 men and 16 women each winning three matches to progress to the main draw of the first Grand Slam of 2021.

With qualifying now complete, Oli Jefford takes a look at a handful of the notable names that will feature in the first round in Melbourne.

No one in the qualifying draws could match Errani’s resume, with the Italian a singles finalist at the French Open in 2012 and a Career Grand Slam holder in doubles.

Errani finished inside the top 10 of the singles rankings in 2012 and 2013, but began to slip down the WTA Rankings after that and was banned after failing a drugs test in 2017.

She returned to Grand Slam main draw action in 2020, losing to Kiki Bertens in a controversial second-round contest at the French Open.

The veteran will be making an 11th main draw appearance at Melbourne where she reached the last eight in 2012.

Very few NextGen players have generated as much attention as Alcaraz over the past six months or so, and the Spaniard is now in the main draw of a Grand Slam for the first time.

At just 17 years of age, Alcaraz is the youngest player inside the top 200 of the ATP Rankings and ended 2020 with a 20-3 record in his final six challenger events, winning three titles and reaching another final in a scintillating run of form.

He lost in the first round of qualifying at the French Open last year but dropped only one set in three matches to make the Australian Open and his opening round in Melbourne is likely to attract a great deal of interest.

Despite never having been ranked inside the top 30, Pironkova is considered one of the most dangerous players on the WTA Tour and has reached the last eight of a Grand Slam four times.

The Bulgarian has beaten Venus Williams three times at the majors and also accounted for Garbine Muguruza’s exit in her first tournament in three years at the US Open in 2020, before losing to Serena Williams in a hard-fought quarter-final.

A semi-finalist at Wimbledon in 2010, Pironkova has never made it past the second round at the Australian Open but no seeded player will want to see the Bulgarian in their section of the draw.

Unseeded in qualifying, world No 202 Troicki beat two seeds, including 11th seed Cedrik-Marcel Stebe in the final round, to secure a 39th Slam main draw appearance

A former world No 12, Davis Cup winner and three-time ATP titlist in his prime, the Serbian fell out of the top 100 in 2018 and has continued to struggle since then.

His opening-round match will be his first main draw Slam match in two years, and he will be hoping to find some of the form that has seen him reach the third round four times at the Australian Open.

Very few within the sport would have been aware of Jones before this week, but her inspirational journey has deservedly captured a great deal of attention.

Born with ectrodactyly ectodermal dysplasia, a rare genetic condition which means she is missing a finger off each hand and is also missing three toes, the 20-year-old has faced countless operations and was once told by a doctor to forget about a tennis career.

However, a dominant 6-0, 6-1 victory against Jia Jing Lu in the final round of qualifying in Dubai earlier on Wednesday proved that following her dream was the right decision and the world No 241 will now play in the main draw of a Grand Slam for the first time.

Very few players have attracted quite as much controversy as Tomic in recent years, with the Australian regularly accused of wasting his talent.

A Wimbledon quarter-finalist as a teenager 11 years ago, his ranking has risen and fallen sharply over the years and in recent seasons he has faced accusations of tanking in Grand Slam matches, as well as making a controversial appearance in the Australian version of ‘I’m a Celebrity’ in 2018.

Tomic will now play in a Grand Slam main draw for the first time since a 58-minute loss at Wimbledon in 2019, and all eyes will be on how much effort he puts into his opening-round encounter at his home Slam in early February.