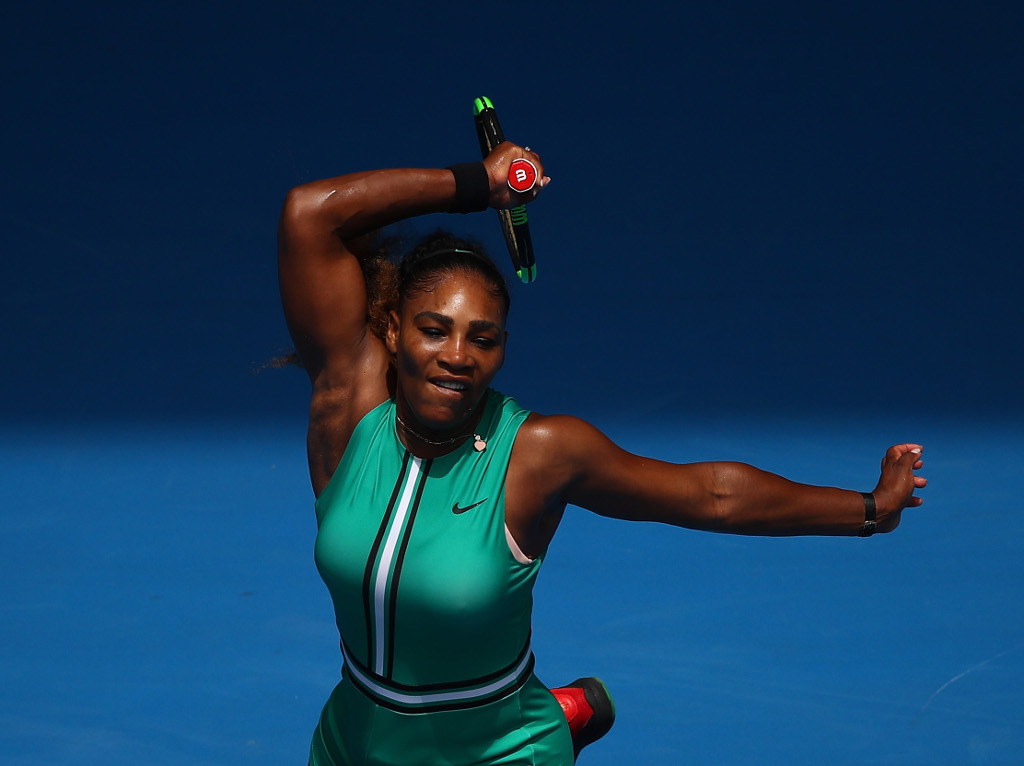 Serena Williams launched her bid for a record-equalling 24th Grand Slam title with a crushing 6-0 6-2 over Germany’s Tatjana Maria.

Arriving in Melbourne as the bookies’ favourite to win the Australian Open, it was her latest outfit that initially caught the eye.

Warming up in a black raincoat, she unveiled a jade green figure-hugging jumpsuit, matched with fishnet stockings, to the applause of the ever-faithful crowd.

After that it was down to business and business is what she took care of as she saw off Maria in just 49 minutes.

The match was all about the American and her prowess out on court as she dropped just five points in the opening 19-minute set.

Easing off in the second, Maria was able to hold serve twice but eventually succumbed in straight sets.

It was a great return to Melbourne for Williams, whose last visit to the Rod Laver arena resulted in her lifting the trophy.

“The last time I was here I was pregnant and playing at the same time, so it’s kind of weird walking back on by myself this time,” she said.

“I have so many good memories of the last time I was here. It was literally the best win of my career, so it’s just good to get back.”

Williams will meet Canada’s Eugenie Bouchard in the second round after she recorded a 6-2 6-1  win over Peng Shuai of China.

Looking ahead to her round 2 clash, Bouchard said: “I think she’s the greatest ever. So it’s just so cool that I’ll be able to share the court with her and an opportunity to see how I compare to one of the best players.