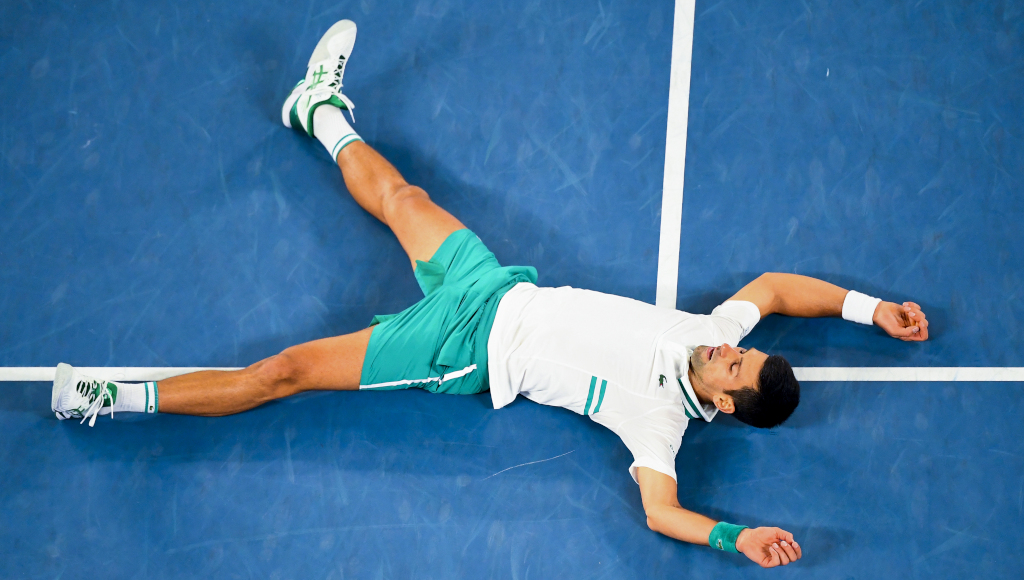 Novak Djokovic is set for some time on the sidelines as his abdominal injury worsened after he opted to play on at the Australian Open.

The world No 1 picked up the injury during his third-round win over Taylor Fritz, but battled through four more matches to win a ninth title at Melbourne Park on Sunday with Daniil Medvedev dispatched in the final.

His coach Goran Ivanisevic admitted during the post-match press conferences that his team were so concerned about the injury that after every match they were preparing to fly out.

The Serbian pulled through, but he confirmed that he now needs to take a break.

“I just came actually came from another MRI that I’ve done this morning and the damage is bigger than what it was when it happened, when I did the first MRI after the third round,” Djokovic said.

“It’s not too bad, judging by what the doctors said, but I will have to take some time off to heal.

They heard that back in Belgrade 🗣#AusOpen | #AO2021 | @DjokerNole pic.twitter.com/vxHtg8l9MF

Some sections of the media questioned the severity of Djokovic’s injury, but Ivanisevic criticised the “unfairness”.

“There is somebody upstairs who see all this unfairness with a lot of media and people they doing to him,” the former Wimbledon champion said.

“He is going through lot of, you know, especially after last year, US Open, then pretty poor final of Roland Garros.

“Then this injury happen out of nowhere. To be honest, I can’t believe that I’m sitting here today talking to you as a member of the team of the guy who won number nine Australian Open.

“Even with that injury, [the media] questioned the injury. You know, he took MRI after Fritz match.