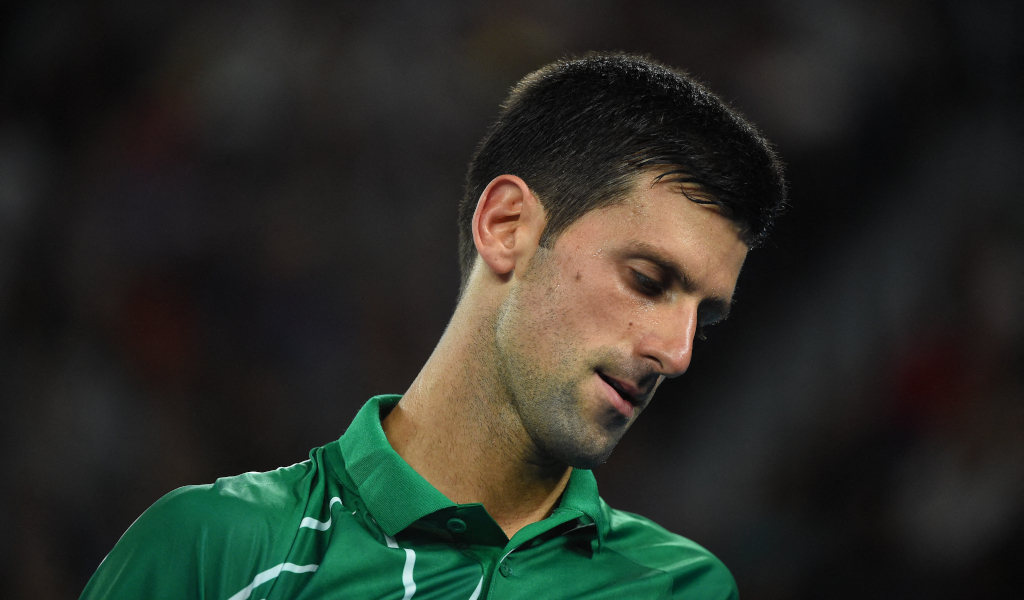 Novak Djokovic has had his Australian visa cancelled for a second time, with an appeal process now likely to follow from the world No.1’s team of lawyers.

The world number one had been waiting since a judge overturned the original decision on Monday to find out whether Immigration Minister Alex Hawke would use his powers to reimpose the penalty.

And, just before 6pm (7am UK time) on Friday, Hawke released a statement saying he had made the judgement to send Djokovic home “on health and good order grounds”.

Hawke said: “Today I exercised my power under section 133C(3) of the Migration Act to cancel the visa held by Mr Novak Djokovic on health and good order grounds, on the basis that it was in the public interest to do so.

“This decision followed orders by the Federal Circuit and Family Court on 10 January 2022, quashing a prior cancellation decision on procedural fairness grounds.

“In making this decision, I carefully considered information provided to me by the Department of Home Affairs, the Australian Border Force and Mr Djokovic.

“The Morrison Government is firmly committed to protecting Australia’s borders, particularly in relation to the Covid-19 pandemic.”

The decision means Djokovic also faces a three-year ban from the country, which could mean he never plays at the Australian Open again, although that can be waived.

Djokovic arrived in Melbourne on January 5 having been granted an exemption through Tennis Australia from the country’s strict entry rules regarding Covid-19 vaccination on the grounds that he had been recently infected with the virus, but he was stopped by the Australian Border Force and questioned through the night before being informed that his visa had been cancelled. He was then taken to a detention hotel.

Djokovic appealed against the decision and five days later a judge ruled in his favour, seemingly freeing him up to play in the Australian Open, which begins on Monday.

There could yet be a further legal challenge from the world number one but, if not, his hopes of winning a 10th title at Melbourne Park and 21st grand slam crown are at an end.

Djokovic’s legal team had indicated they would ask for a judicial review of the decision and a court hearing on the case was scheduled for 8.45pm (9.45am UK time) on Friday.

Djokovic headed straight to Melbourne Park after being freed from the hotel on Monday and has practised every day since, including early on Friday morning, but his hopes of staying in the country have faded as the week has gone on following revelations about his conduct.

Documents revealed Djokovic tested positive in Serbia on December 16 but he was photographed at events on the following two days and issued a statement earlier this week admitting he took part in an interview with French newspaper L’Equipe at his tennis centre in Belgrade despite knowing he had the virus.

He also admitted his declaration form falsely claimed he had not travelled in the 14 days prior to his trip to Australia, which he attributed to a mistake from his agent.

There has been strong criticism of the way the Australian Government has handled the situation but public opinion has been firmly in favour of Djokovic being sent home.

Sympathy has also been in short supply from his fellow players, many of whom were sceptical of taking the vaccine, with world number four Stefanos Tsitsipas telling India’s WION news channel: “A very small group chose to follow their own way and it kind of makes the majority look like they’re all fools.”

Following Djokovic’s detention, two other people – Czech player Renata Voracova and an official – who had entered the country with the same exemption were also informed that it was not valid and both left Australia without challenging the ruling.

Djokovic’s name remained in the draw for the tournament and it is likely to stay that way until it becomes clear whether he is leaving the country or contesting the decision but time is fast running out for the situation to be resolved before the start of play.

“I just want it obviously to get resolved. I think it would be good for everyone if that was the case. It just seems like it’s dragged on for quite a long time now, and it’s not great for tennis, not great for the Australian Open, not great for Novak. Obviously, a lot of people have criticised the government here as well.”