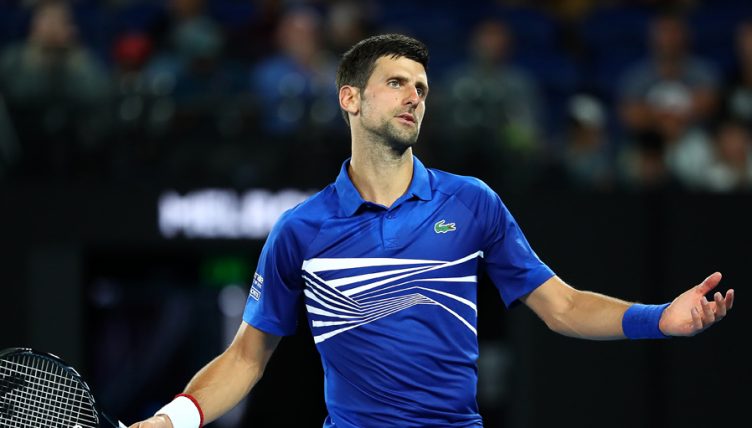 Novak Djokovic bludgeoned his way into the Australian Open quarter-finals with a bruising win over Russian Daniil Medvedev.

“That was a physical battle,” admitted a relieved Djokovic.

“Daniil played some great tennis. He has a great backhand and doesn’t make any unforced errors on that side.

“It was hard to find another way to get through him. In these kinds of matches you just have to hang in there.”

Djokovic will face Kei Nishikori in the last eight and remains on course to meet Rafael Nadal in the final.

“Since I guess my next opponent is watching, I’m feeling fantastic. I have never felt fresher in my life,” Djokovic joked on court.

When told it was eighth seed Nishikori he added: “Thanks for the great news. I was hoping you were going to say the other guy won but well done Kei, amazing.

“I look forward to it. He’s one of the quickest players on tour.”