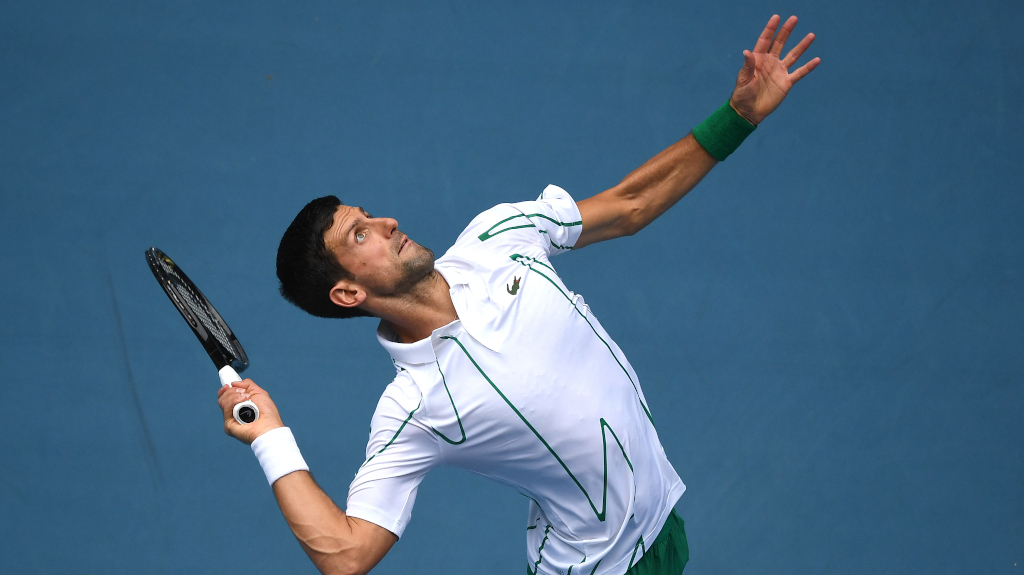 Rivals beware, Novak Djokovic is upping his game even further as he is starting to turn his serve, which he feels has always been a little underrated, into a weapon.

The Serb has been working on his serve during the off-season and throughout the Australian summer, the improvement has been noticeable.

He revealed during the post-match press conference that he has been putting in the hard yards.

“My serve was working extremely well in the first round and second round. That’s something I worked on in the off-season,” he said.

“That’s one of the priorities of the training sessions, trying to get that advantage of winning a lot of easy points on the first serve. It’s been paying off so far in the ATP Cup and two matches here.”

However, Eurosport took it even further and former Grand Slam winner and Game, Schett and Mats analyst Boris Becker asked him about his “weakness”.

“See the elbow and everything else, to what you’re doing now,” Becker told Djokovic. “What happened with your serve? This has gone from a weakness to a weapon.”

Djokovic, who added Goran Ivanisevic to his coaching set-up last year, says improving his serve was “one of the priorities” ahead of the 2020 campaign.

“I think my serve was probably underestimated as one of the weapons because I was so fortunate to return so well throughout my career and get myself in the rallies, moving pretty well and playing an accurate baseline game,” he said.

“But the serve was getting me out of trouble a lot in my career, giving me a lot of free points especially when I was playing my best seasons like 2011 and 2015 [when] I had a lot of great percentages on first serves.

“So today and the last match I served I think over 10 aces which is quite great for me (16 against Ito and 14 in the first round clash with Jan-Lennard Struff) so it’s definitely above the average.

“That’s definitely always a goal to improve serve it was one of the priorities that I’ve worked with my team.

“Trying to get more free points so I can swing through my rallies from the back of the court easier and get pressure of my service games.

“It’s great to see I’m going for my second serve more when I’m more confident but I’ve also been working on getting a little more reach trying to extend my height and works well.”