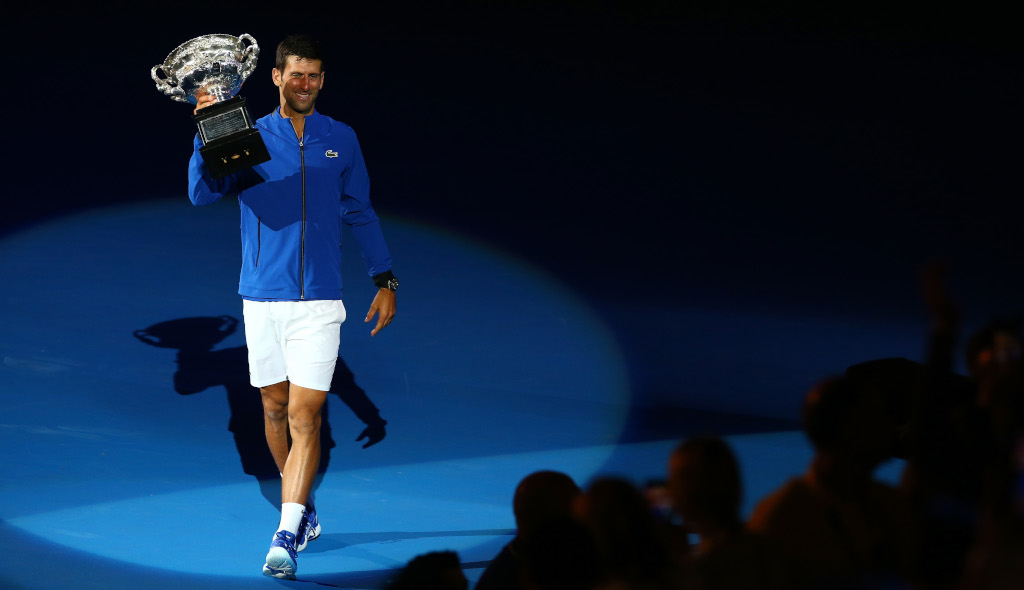 He produced the “perfect match” to see off Rafael Nadal in the Australia Open final and now Novak Djokovic has set his sights on Roger Federer’s record 20 Grand Slam titles.

The world No 1 produced a flawless display as he dispatched Nadal 6-3, 6-2, 6-3 in two hours and four minutes to win his seventh Australian Open trophy.

Djokovic lost only one point on his own serve in the opening set and although his Spanish rival managed to up his game during the latter stages of the match, he still ran away with proceedings.

“It’s quite pleasantly surprising to myself, even though I always believe I can play this way. Under the circumstances, it was truly a perfect match,” the Serb said after the match.

“I don’t want to say I figured him out because I don’t want that to bounce back at me in any way in the future,” he said.

“I might have figured him out for the match, but not for life. I’m sure we’re still going to have a lot of matches against each other on different surfaces. I look forward to it.

“I really hope we will because this rivalry has been the one that impacted me on a personal and professional level the most in my life.”

Having also won the Wimbledon and US Open last year, Djokovic now stands on 15 Grand Slam titles, only five shy of Roger Federer’s Open Era record of 20 while Nadal is second with 17 majors.

And naturally he wants to get closer to Federer’s tally.

“I am aware that making history of the sport that I truly love is something special,” he said.

“Of course, it motivates me. How many seasons are to come? I don’t know. I’m not trying to think too much in advance.

“I do want to definitely focus myself on continuing to improve my game and maintaining the overall well-being that I have – mental, physical and emotional – so I would be able to compete at such a high level for the years to come, and have a shot at eventually getting closer to Roger’s record. It’s still far.”