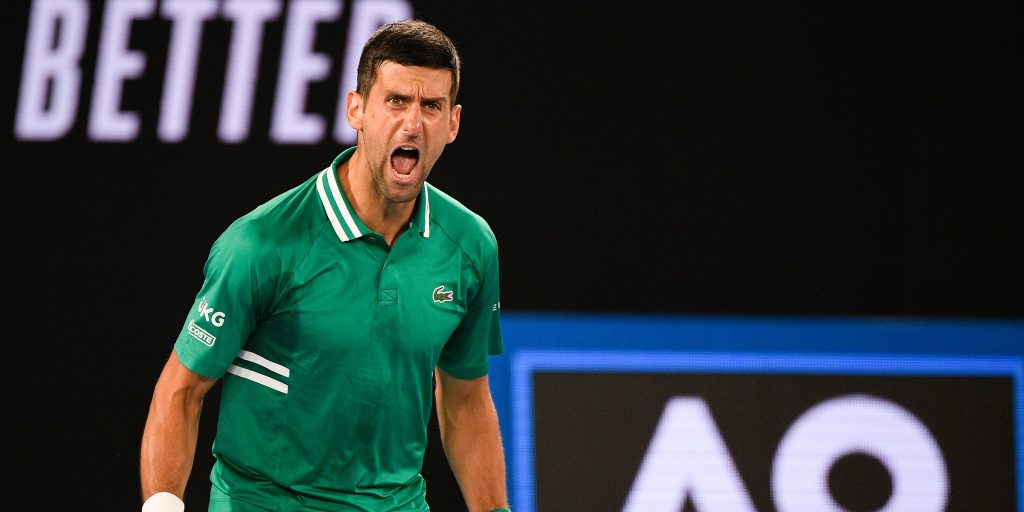 Tim Henman has urged Novak Djokovic to ignore his critics and do his talking on the court as he targets more glory at the Australian Open.

The world No 1 has struggled to claim the kind of acclaim his long-time rivals Roger Federer and Rafael Nadal have been used to throughout their careers, with 17-time Grand Slam champion Djokovic admitting he gets frustrated by the lack of respect he is afforded from some sections of the media and the public at large.

Djokovic came under fire last year when he arranged a tennis tour at the height of the Covid-19 pandemic, with the event cancelled after several players contracted the virus.

He was also criticised for starting a new players’ union ahead of last year’s US Open, with several of his big-name rivals opting not to join his venture, inspring him to hit out at his critics in Melbourne.

“Nobody in the media can break my spirit, for my connection with my own soul and consciousness is deeper than any news that is written about me and any sort of public criticism,” Djokovic said.

“I am able to be grateful. I am able to put my hands up and apologise when I have made a mistake, but yes, my mistakes are perhaps less forgiven in public in comparision to other players and sports stars.

“Truthfully, I have mostly made peace with it. I cannot say that it doesn’t sometimes get to me – of course an injustice or an unfair portrayal by the media affects me.

“I am a human being, I have emotions and naturally I don’t enjoy it. I would sincerely like to have a good relationship with them, but it seems that this is not always possible.

Now former British No.1 Henman has suggested Djokovic should ignore any negativity around him, as he insists it should not affect his focus as he aims to finish his career with the most Grand Slam titles in the history of tennis.

“This is an interesting topic for all of us, but he should ignore it,” said former world No 4 Henman, speaking at a Eurosport event.

“When I was playing, I always felt it was very important to control the things I could control. That was purely my preparation and my performance.

“Everything else, I didn’t worry about it or focus on it. I didn’t waste any energy on it because I can’t control it.

“For me, when I look at Novak’s record and performance, he needs to focus on what he does. Perceptions, other people’s thoughts…. I’m surprised he gives one per-cent of his time to anything of this kind of thing. It’s not important and he can’t control it.”

Henman went on to suggest Djokovic was the outstanding favourite to win his ninth Australian Open title this weekend, despite an injury that appears to be hampering him ahead of his quarter-final clash with Alexander Zverev.

“Novak is the player to beat,” added Henman. “His record in Melbourne over the years is phenomenal.

“This year has been very challenging for all the players given the quarantine issues and we have seen a few extra injuries that may have been due to the slightly restricted preparation time.

“With Novak’s injury, we are speculating what might be wrong with him, but I hope we don’t see these injuries affecting the outcome of the matches.

“Aside from tournaments on clay when Nadal is playing, Djokovic is the favourite for every tournament he plays.

“When you look at his draw, the Zverev match is going to be difficult. Zverev’s serve has started to look much more reliable and that was a problem for him in the past.

“His first serve is hard and consistent and he is hitting well from the back of the court, but Djokovic will have a great opportunity if he gets through that test.”