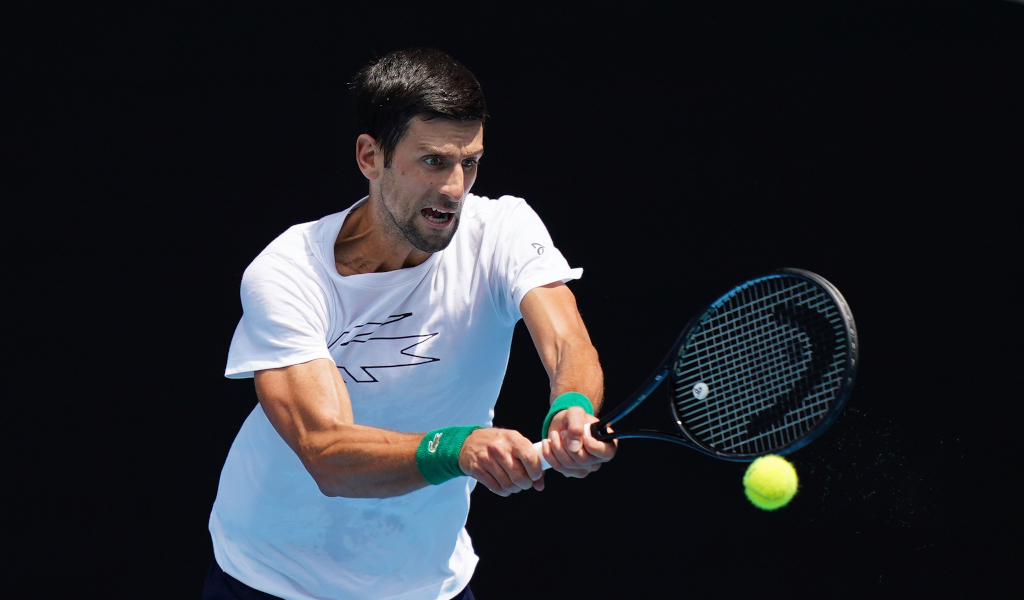 Novak Djokovic was drawn against fellow Serb Miomir Kecmanovic as uncertainty continued over whether he will be allowed to compete in the Australian Open.

It appeared a decision from Immigration Minister Alex Hawke could be imminent when the draw was postponed from 3pm (4am UK) at the last minute and without explanation, but it was then announced it would be held 75 minutes later, with Hawke now not expected to make his decision until Friday.

Djokovic, who is looking to win a record 10th Australian Open and 21st grand slam title, duly took his place at the top of the draw.

If he is forced out of the tournament ahead of Monday’s order of play being announced, the seeds will be shuffled around, with fifth seed Andrey Rublev taking Djokovic’s place.

If it happens after that time but before the first-round match, he will be replaced by a lucky loser from qualifying.

Tournament director Craig Tiley attended the draw but did not take questions.

Asked about the matter at a press conference, Prime Minister Scott Morrison declined to comment on Hawke’s decision but said: “Where fully-vaccinated eligible visa holders could travel to Australia without needing to apply for a travel exemption and enter those states, allowing them to enter quarantine-free, the individual has to show they are double vaccinated or must provide acceptable proof that they can’t be vaccinated for medical reasons.

“That’s the policy, which hasn’t changed. We would expect authorities to be implementing the policy of the government when it comes to those matters.”

He has been waiting to discover since Monday whether Hawke will re-cancel his visa despite the Serbian winning his court battle against the Australian Border Force.

Anger has been growing over the positive Covid-19 test that Djokovic’s documents show he returned on December 16, with the Serbian admitting in a statement on Wednesday he had attended an interview with French newspaper l’Equipe two days later.

Djokovic said: “I felt obliged to go ahead and conduct the L’Equipe interview as I didn’t want to let the journalist down, but did ensure I socially distanced and wore a mask except when my photograph was being taken.

“While I went home after the interview to isolate for the required period, on reflection, this was an error of judgement and I accept that I should have rescheduled this commitment.”

Djokovic also admitted an error was made on his travel declaration form when he did not reveal he had travelled from Serbia to Spain ahead of his journey to Australia, which he attributed to his agent.

Spanish media reported Djokovic, who has a training base in Marbella, is now being investigated over entering the country without the correct visa for an unvaccinated person.