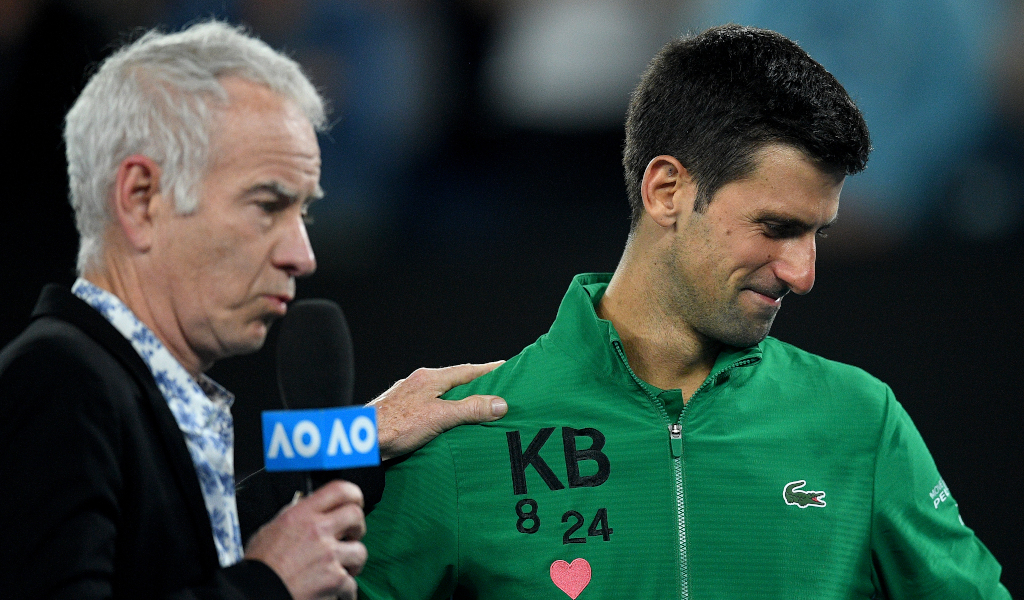 Novak Djokovic was heckled during his Australian Open quarter-final victory against Andrey Rublev and now John McEnroe has given his verdict on the lack of respect being shown to the nine-time champion.

While the vast majority of fans in Melbourne have been welcoming to Djokovic on his return to Australia following his deportation due to his Covid vaccine status last year, he has been pestered by persistent critics in the crowd.

Djokovic was quick to urge umpire James Keothavong to deal with the detractor in the crowd who is believed to have urged Rublev to “send him home” as he looked to get under Djokovic’s skin.

Yet the abuse appeared to inspire the Serbian, who turned in a clinical performance to see off Rublev 6-1 6-2 6-4.

“If somebody steps over the line and starts making comments that are not related to support of the other player, he just wants to provoke and insult, then stepping over the line is something that I react to,” said Djokovic after the match.

“Maybe not first time, second time, but after that, yes. Then I ask the chair umpire to react.

“After that, I heard him, but he was supporting Rublev. He was not making any bad comments until the end of the match, so I didn’t have any complaints.”

Djokovic’s great rivals Roger Federer and Rafael Nadal have rarely faced such abuse from the stands and tennis legend John McEnroe believes the serial Australian Open champion should be shown more reverence more by fans around the world.

“In my book, he deserves more respect,” stated McEnroe, speaking during the Australian Open, which is live and exclusive on discovery+ and Eurosport

“Obviously, we are talking about two of the most supremely talented and class acts the game has ever seen in Roger and Rafa.

“For me, Roger is the most beautiful player I’ve very seen play and Rafa’s intensity is so great, but Novak has done a great job of getting in the mix and possibly surpassing both of them at some point.

“His style of play is so technically solid that it is sometimes taken for granted. His toughness and mental strength is also so impressive.

“He is four or five years younger than Roger and he already had that mantel when Novak broke on the scene. It’s tough at that point to get it off him.

“Novak is a much better player than me, but I felt this as I tried to break into the era with (Jimmy) Connors and (Bjorn) Borg.

“I feel as time goes on, he will get more and more respect.”

Djokovic has been carrying a hamstring injury throughout this year’s Australian Open, but the problem appears to have improved even though he has been playing on it in recent days.

That has inspired some cynics to suggest the former world No 1 has been exaggerating the extent of the problem and McEnroe admits the injury has been a mystery.

McEnroe has given his verdict on the hamstring problem, as he suggested Djokovic will win the Australian Open if his hamstring injury does not halt his progress.

“I’m not sure what to make of it,” McEnroe said of Djokovic’s hamstring issue.

“A couple of years ago, he had an injury and he won the tournament.

“Then the other night he looked fantastic against Alex De Minaur.

“He has a great team around him that are working 24 hours a day to get him ready and it seems like the hamstring… it’s hard to say if it’s affecting him at all.

“It didn’t seem like it affected him at all in his last match and in the others it was affecting him.

“If he is playing at the level we saw against (De Minaur), I expect him to win the tournament.

“After everything that happened last year, it’s just good to see him there and competing again.”