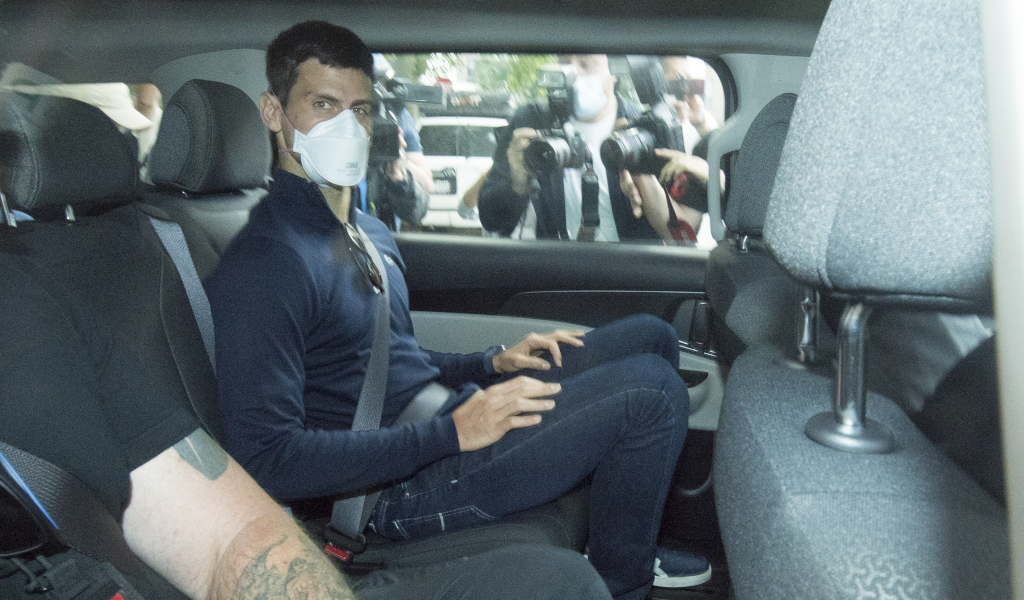 They are far from the best of friends, but Nick Kyrgios has revealed that Novak Djokovic thanked him “personally” on Instagram after the Australian “stood up” for the world No 1.

Djokovic is due to find out on Sunday if he is to defend his Australian Open title following a dramatic start to his 2022 season.

The 20-time Grand Slam winner was detained by Australian Border Force upon arrival in Melbourne, was then released on the back of a court ruling before being detained again after Australian Immigration Minister Alex Hawke used his special powers to cancel his visa for a second time, which the Serbian is challenging in court again.

Kyrgios has been critical of Djokovic in the past, but he came to the 20-time Grand Slam winner’s defence, saying he is “embarrassed” with the way Australia has handled the situation and treated the world No 1.

And the current world No 114 says the Serbian reached out to him on social media to thank him for the support.

“Novak has reached out to me personally on IG (Instagram) saying ‘Thank you for standing up for me’,” he told his ‘No Boundaries’ podcast.

“I was not the one he was expecting to go out in the media and have his back.”

While most players have kept mum the likes of Andy Murray, Rafael Nadal and Stefanos Tsitsipas did answers questions about the controversy.

Murray admitted he was worried about Djokovic while Nadal and Tsitsipas were pretty frank that he should have been vaccinated if he wanted to compete.

Kyrgios added: “On a human level, he needs support from other players. (Stefanos) Tsitsipas, I get you have your views on vaccination.

“(Andy) Murray, we can always count on you to say the right thing. Nadal, whatever. But bro, where is your support for the guy?

“I feel like we’re just trying to fight things that aren’t right, it’s not about the vaccination anymore, it’s just about him not being here on the right visa or his visa being cancelled.”