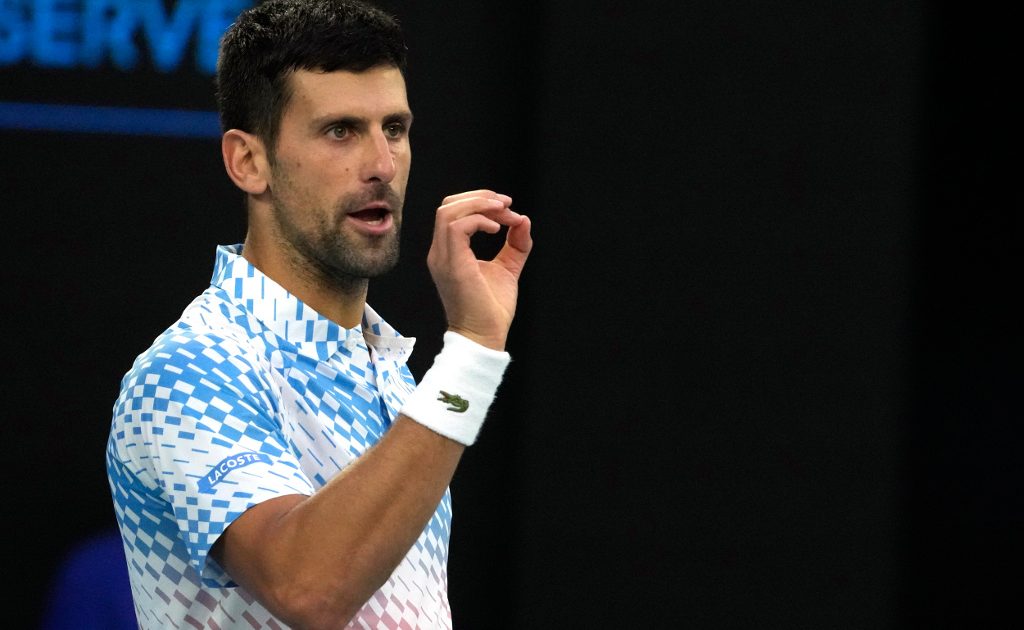 Few sports can match tennis in how great rivals can also have huge respect for one another.

Arguably few more so than long-time rivals Roger Federer, Novak Djokovic and Rafael Nadal, who share more than 60 Grand Slam titles between them.

Federer might have retired last year, and whilst Djokovic and Nadal are near the end of their careers as well, they still hover around the top end of the world rankings and remain serious title contenders where ever they play.

One such instance took place on Wednesday, when after cruising past fifth seed Andrey Rublev in little over two hours, Djokovic once again paid tribute to Federer, saying “tennis misses him”.

Djokovic was at his best despite fears over a hamstring injury, and dismantled the Russian, winning 6-1, 6-2, 6-4 – his 26th consecutive victory at the tournament he has won nine times.

To book a place in the last four, the 21-time Grand Slam winner hit an impressive 32 winners and 14 aces during the one-sided match.

It was no surprise Djokovic was all smiles during his post-match interview with former number one Jim Courier at Rod Laver Arena, and recalled reaching his first semi-final at one of tennis’ majors and his subsequent loss to the Swiss great.

“It seems quite a long time ago, actually, now. I was fortunate to win that semi-final, but in the final, I lost to Roger [Federer].”

The crowd applauded Djokovic and instead of continuing with his answer, the Serbian supersport paid tribute to his former rival.

“Let us give him a big round of applause, to Roger, guys,” Djokovic continued.

“He deserves it! I had some great battles over the years with Roger, that is for sure. Tennis misses him, for sure.

“I have seen him dressing up very sharply for [Paris] Fashion Week the other day!

“I have seen him skiing. I want to challenge him for a little skiing race in a few years’ time. But, yeah, he is enjoying life, for sure, it is nice to see that.

“Obviously for tennis, he has been one of the most important players ever to play the game. So, big regards to his family.”

Djokovic will face the unseeded Tommy Paul, who defeated his American compatriot Ben Shelton 7-6 (6), 6-3, 5-7, 6-4 in Wednesday’s other quarter-final, in the semi-finals.