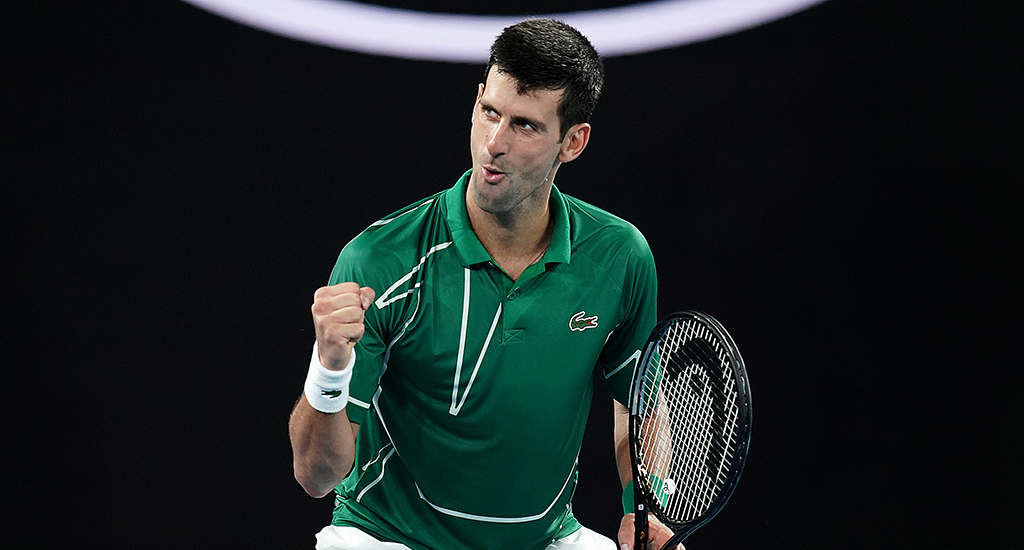 Defending champion Novak Djokovic has started his Australian Open campaign with a 7-6 (5) 6-2 2-6 6-1 victory over German Jan-Lennard Struff in Melbourne.

The world number two was a little sloppy in places, losing the third set to Struff because of nothing but a lapse in concentration.

It is the first time Djokovic, who is bidding to lift the trophy at Melbourne Park for the eighth time, has dropped a set in the first round since 2006.

But he recovered from that in impressive fashion to book his spot in the second round.

Djokovic said: “I thought I started off well, I was a break up in the first set, he came back.

“Second set I played really well then he turned it around. He was not missing much and putting a lot of first serves in

“Credit to him for fighting, he’s a very powerful player. He brings a lot of strength in his shots on the court, so congratulations for a great match from him.

RELATED: ‘I felt good,’ says Roger Federer after notching up win No 98 at Australian Open

“It’s great to be back in this arena that has a very special place in my heart. This has been by far my most successful court in my career. I love coming back to Australia.”