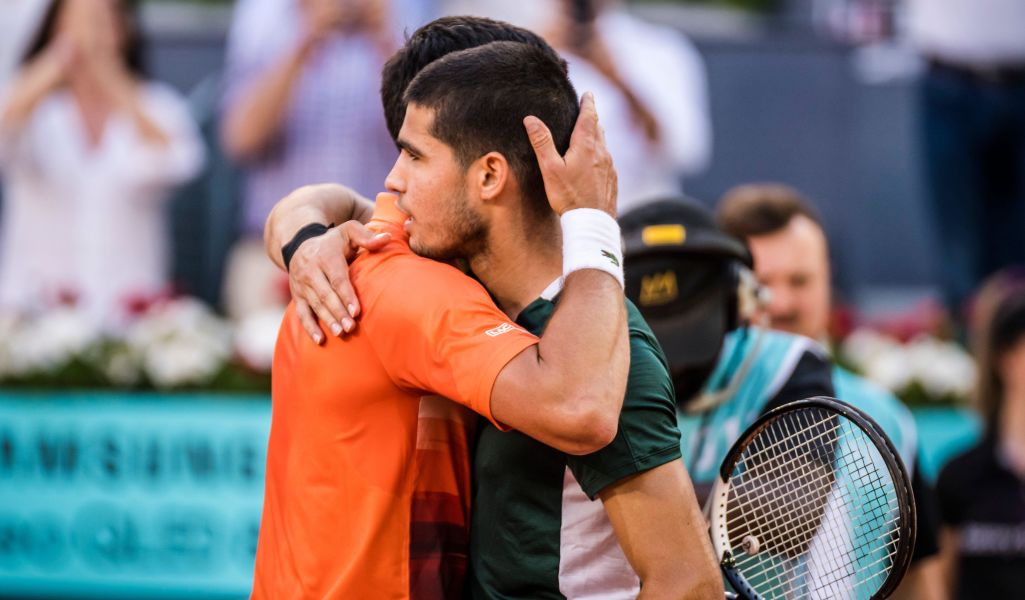 Novak Djokovic believes Carlos Alcaraz’s lack of competitive tennis the past few months may well have contributed to the latest injury which ruled him out of the Australian Open.

World No 1 Alcaraz announced on Friday that he will miss the season-opening Grand Slam due to an injury, writing on social media: “I picked up an injury through a chance, unnatural movement in training. This time it’s the semimembranosus muscle in my right leg.”

Djokovic feels the reigning US Open champion’s absence at Melbourne Park is a pity for the tennis community.

“It’s not good for the tournament and tennis. He’s No 1 in the world. Such a big name, big star in our sport already,” the 21-time Grand Slam winner said.

“I’m sure that many of the fans are disappointed. I hope for his speedy recovery, whatever it is. I know he had an injury at the end of last season that was different from this one. It’s unfortunate for him. I hope he can recover and be back on the tour quickly.”

The 19-year-old’s setback comes not long after he was forced to miss the ATP Finals due to an abdominal tear he suffered at the Paris Masters at the beginning of November.

That came at the end of a busy season that saw him play 17 tournaments and win five titles, including the US Open and two ATP Masters 1000 titles, while he also finished runner-up at two other events.

He continued: “It happens that sometimes, even if you have a longer period of time without an official tournament, your body is not used to that kind of conditions and circumstances because as a tennis player, you’re constantly on the road, playing competitions.

“When you are out of that rhythm, body can react. You can have some injuries and difficulties when you come back to the tour and start pushing more and giving more intensity to the points.”

Last year’s runner-up Daniil Medvedev, who lost in the semi-final of the Adelaide International 1 against Djokovic on Saturday, also shared his views on Alcaraz’s injury.

“It’s a pity. I’m not exactly sure what he has, if it’s a little bit the consequence of a previous injury or just a new one,” he said.

The Russian, though, remains a big fan of Alcaraz and feels he will be “fun to watch” over the next few years as he tries to win more Grand Slams.

Medvedev added: “He’s one of the best players in the world. We played once, but he was not at the same level. We might not even count it.

“I would be happy to play him. Feeling in my best form. Yeah, the way he played at 18 years old, he could be a little bit kind of Rafa [Nadal], Novak, Roger [Federer] kind of guy. But he still has 19 Slams to win, so it’s a pity that he doesn’t play the next Slam. Would be fun to watch. I’m sure he’s going to come back stronger.”