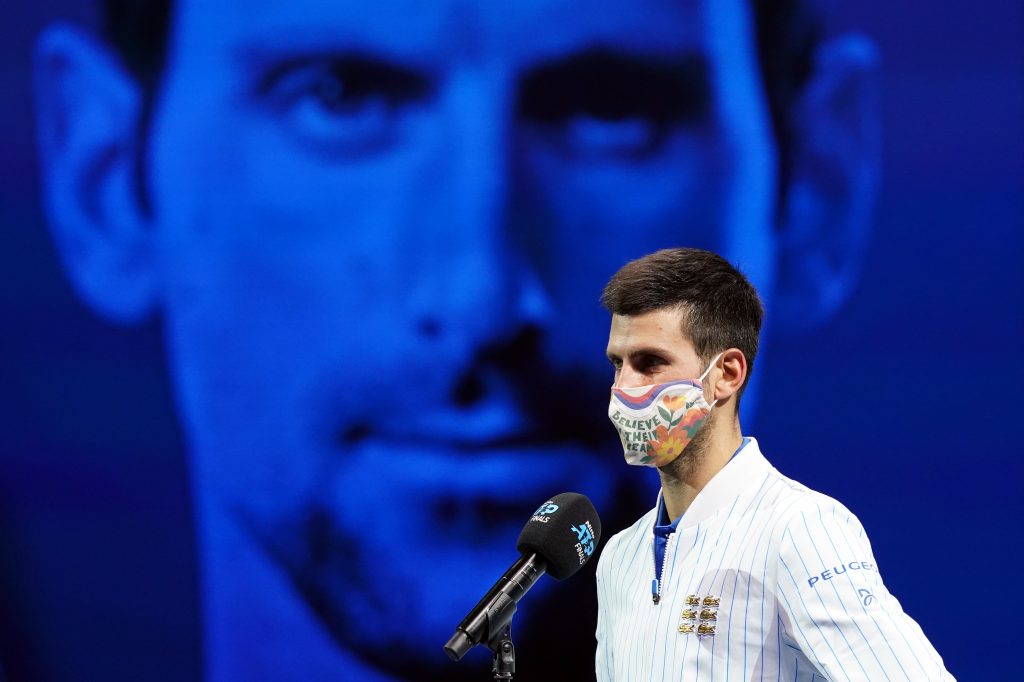 Are we witnessing the beginning of the end of Novak Djokovic’s tennis career?

While that statement may sound a little inflammatory as the world number one waits to discover whether he will be allowed in Australia after his visa was revoked by Melbourne border control on Wednesday, the reality may be that Djokovic will struggle to continue his tennis journey unless his stance on vaccinations is altered.

As the debate over whether the contentious ‘medical exemption’ that was granted to an unvaccinated Djokovic to allow him to compete in the Australian Open continues to create headlines around the world, the Serb must be pondering how viable his tennis career will be beyond this point as he sits in a quarantine hotel in Melbourne.

Throughout 2021, Djokovic’s numerous press conferences were dominated by persistent questions over his vaccine status, with his comment that he was “opposed to vaccination” in a Facebook live event last year giving a clear indication of his stance on this issue.

So from the moment authorities in Melbourne declared all players competing at this year’s Australian Open would need to be fully vaccinated in order to take part, the spotlight on Djokovic began to shine with an intensity that should have alerted the Serbian to what could be around the corner.

Yet elite sports stars are known to live in a bubble inflated by air from their own egos and as Djokovic posted a smiling photograph on Monday to declare he had been given a medical exemption to travel to Australia despite being unvaccinated, the storm his imminent arrival stirred up was always going to turn nasty.

Once the Australian Prime Minister Scott Morrison got involved and suggested Djokovic could be “on the next plane home” unless he had a valid explanation to justify his medical exemption to enter the country, the wheels were set in motion on a story that ended with his visa being cancelled on his arrival in Melbourne and a firestorm erupting around him.

What has been a talking point in the tennis world for most of the last year is now the top news story around the world, with Djokovic’s former coach and tennis legend Boris Becker highlighting the level of anger being directed towards Djokovic in Australia.

“On this occasion, I think he is making a big mistake in not getting vaccinated,” Becker said in the Daily Mail.

“It is one that threatens what remains of his career and his chance to cement himself as the greatest player of all time.

“Four times I sat in his box as he won the Australian Open, so I am fully aware of his great strengths as an incredible competitor. I also think he has a great character that can easily be misunderstood.

“Yet these strengths can also be weaknesses. The same incredible determination which I saw win so many close matches can be a vulnerability with his stubbornness.”

Tennis star Novak Djokovic is being kept as ‘a prisoner’ in quarantine in Australia, his mother said after authorities denied him entry into the country amid criticism over his exemption from COVID-19 vaccination requirements for the Australian Open https://t.co/cHnKTt36Xo pic.twitter.com/oxy4mw9shJ

Even if Djokovic eventually plots a route to start the defence of his Australian Open title on January 17th, it’s hard to imagine the icon who has been cast as the bad guy of tennis in the Australian media is likely to be greeted with hostility if he walks out to play on Rod Laver Arena.

One possible outcome from this entirely avoidable mess must be Djokovic declaring he has had enough of the circus, packing his bags and heading out a country that clearly does not welcome his presence.

Yet Djokovic’s problems will not end when his Australian soap opera reaches a conclusion, as under the rules as they stand right now, face challenges getting into America without a vaccine for the Masters series events coming up in Indian Wells and Miami in March.

He might also have problems getting into England to defend his Wimbledon title next summer, as may need to apply for an exemption to enter the country.

Then this time next year, will anyone welcome Djokovic to Australia once again if the current Covid travel restrictions remain in place?

So it may get to a point where Djokovic is faced with a choice of continuing his career at the top of the game or staying true to his beliefs and refusing to be vaccinated.

If he didn’t realise that choice was coming his way prior to his travails in Australia, he certainly does now.