Defeated Petra Kvitova vows ‘it’s not the end, I’ll be back for sure’ 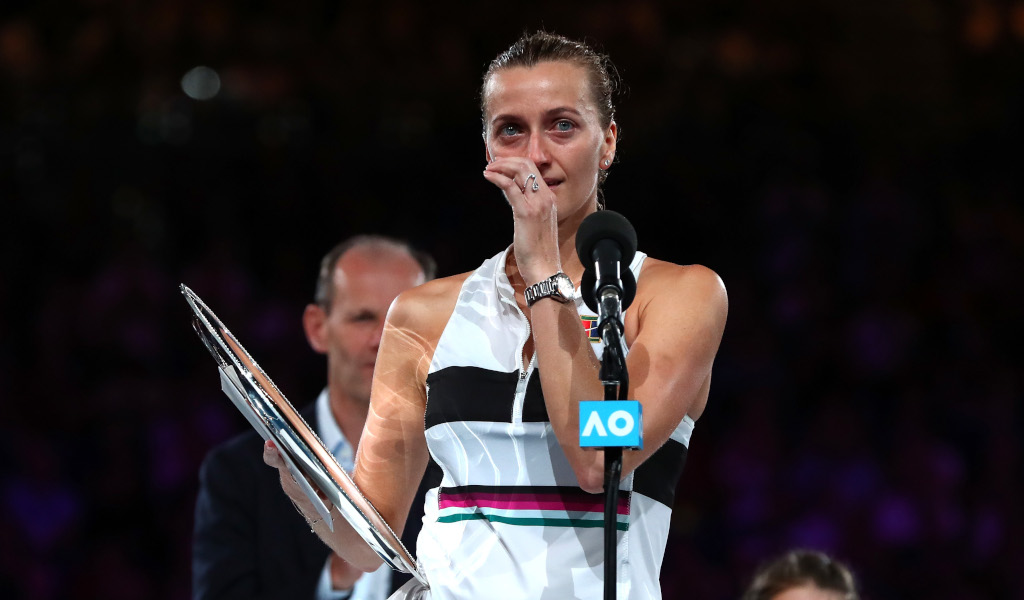 She may have lost the Australian Open final, but Petra Kvitova believes she won the battle when she came back from a brutal knife attack.

Just over two years after she was attacked in her home by an intruder that left her requiring career-saving surgery to her dominant left hand, Kvitova reached her third Grand Slam final.

Unfortunately the two-time Wimbledon champion went down 7-6 (7-2), 5-7, 6-4 against Naomi Osaka at Melbourne Park on Saturday.

However, after nearly being forced to quit the sport, she was delighted to be back in a major final.

“It’s hurting a lot,” the 28-year-old said. “I wanted to win and have the trophy. But I think I already won two years ago. So, for me, it’s amazing. I think I still don’t really realise that I played the final.”

The attack happened in December 2016 in her house in Prostejov and she feared her career would be over, but she made a remarkable comeback and returned to the WTA Tour in May 2017.

And 20 months later she was contesting the Australian Open final.

“I’ve been through many, many things, not really great ones. As I said on the court, I didn’t know if I’m going to hold the racket again. I’m holding it, so that’s good,” she said.

“There’s still a few things which I can improve, and we’ll do it. So it’s not the end. I’ll be back for sure.”

The Czech added: “I feel great. I’m playing great tennis. I don’t think that I could really imagine … (being) kind of this player again.”