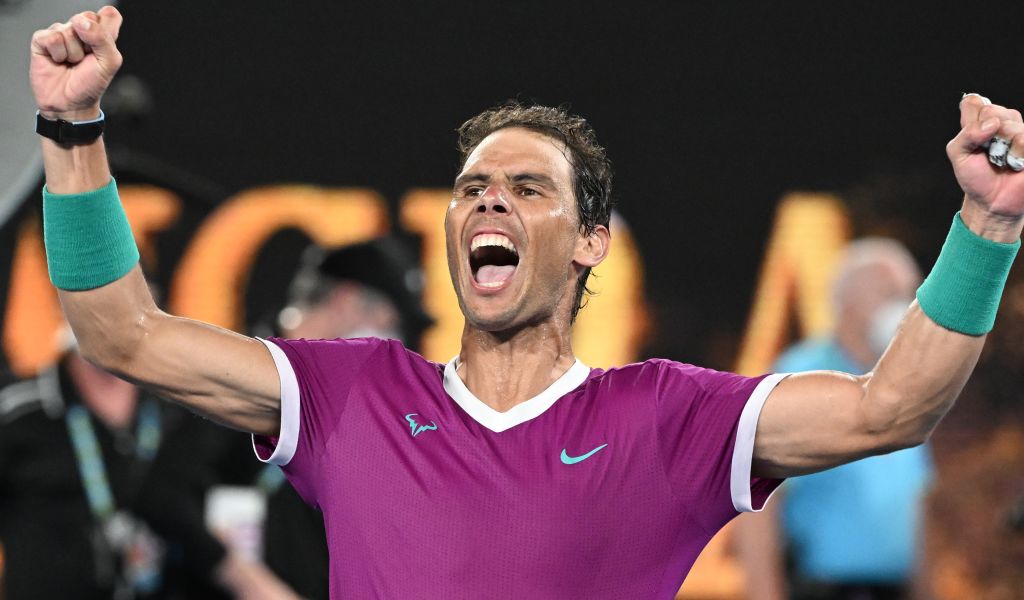 Rafael Nadal claimed his record-breaking 21st Grand Slam title with a stunning five-set win over Daniil Medvedev in a sensational Australian Open final, inspiring some of the greats of the game to suggest it was his best win yet.

Nadal did not know whether he could make a comeback from the game as he battled with a foot injury in the second half of 2021, but he bounced back in the most remarkable fashion to win his first Australian Open since 2009.

Coming from two sets down to beat Medvedev 7-5 in the fifth set decider, it was a win that inspired seven-time Grand Slam champion Mats Wilander to suggest this was his finest moment.

“To me this is the best comeback in the Open era,” the former world No 1 told Eurosport.

“Winning the 21st Grand Slam title, 35 years old, being 36 when the French Open comes around and he beats the best player in the world in Daniil Medvedev you would have to call him after winning the US Open. It is indescribable and I do not know where he finds that strength.”

“It’s just incredible. He is two sets down and you are playing Medvedev, you are not playing Matteo Berrettini – by that I mean someone who doesn’t play long rallies. This is physical. Somehow he figured out how to get free points on the serve, free points on the forehand.”

Former world No 4 Tim Henman added to the plaudits flowing in Nadal’s direction, as he gave this verdict to Eurosport.

“I can’t quite get my head around it given the last six months for Rafa having not played much coming into this event and all the circumstances he faced prior to the tournament,” declared Henman.

“The resilience, he was down two sets to love, I thought he was cooked and he finds a way to keep on fighting and coming back. We thought the younger guy and the longer match was going to play into Medvedev’s hands, it was just incredible to see.

“Rafa is able to stay in the moment. There is no point thinking about the final when you are in the second round, you’ve got to take it step-by-step. In the second set, Nadal had so many opportunities and he didn’t win it so you are thinking he’s down two sets to love and there is just no way back.

“I think part of his mindset is that he doesn’t think of the fifth set when he’s in the third set. He started to build those bridges, he started to get more energy as the match went on. With the crowd support, they were just driving him to the finish line.”

This is the first time Nadal has been ahead in the race to claim the most Grand Slam titles, with the Spaniard now winning one more major than his great rivals Roger Federer and Novak Djokovic.