Rafael Nadal gallery: A look at how the ‘Miracle of Melbourne’ earned Spaniard a 21st Grand Slam title 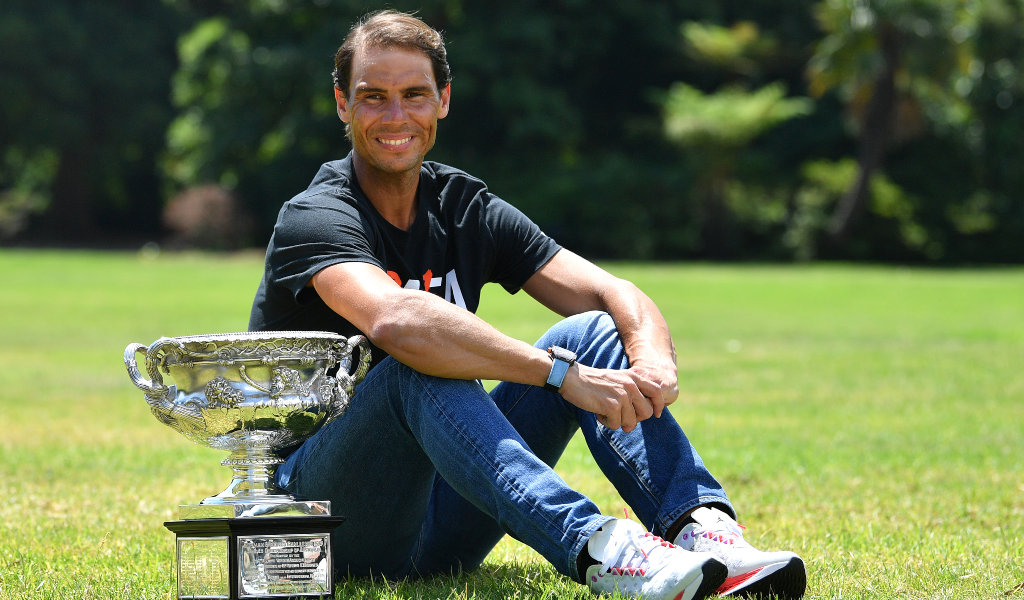 Rafael Nadal has proven that age ain’t nothing but a number when he lifted his 21st Grand Slam title at the Australian Open on Sunday. The Spaniard produced a miracle fightback against Daniil Medvedev on Rod Laver Arena, he came from two sets down to win 2-6, 6-7 (5-7), 6-4, 6-4, 6-4 in five hours and 25 minutes.

After missing several months of action in 2021, Nadal was unsure about his participation in the 2022 Australian Open. However, he came through his first-round match against Giron with flying colours as he defeated the American in quick time.

The 35-year-old produced another clinical display against German qualifier Hanfmann as he again won in straight sets to reach the third round at Melbourne Park.

The sixth seed, who was still a 20-time Grand Slam champion, was through to the last 16 at the Australian Open after a testing clash against Khachanov as he came through in two hours and 50 minutes.

Nadal remained focused and on course for his record 21st Grand Slam title after winning a battle of left-handers against world No 58 Adrian Mannarino from France.

Nadal battled a stomach problem, his feisty opponent and difficult weather conditions and yet he still managed to show a good composure and a good fight against Canadian world No 12 Shapovalov to book his place in the last four.

He dropped another set against Berrettini, but the truth was that Nadal was never really in danger of going out in the semi-final. Victory meant the 35-year-old advanced to the Australian Open final for the sixth time and was to face reigning US Open champion Daniil Medvedev.

There were joyous scenes on the court as well as off the court as Nadal celebrated his win over Berrettini and the fans knew what was at stake as he was within touching distance of a precious 21st Grand Slam title.

It was a memorable victory for the Spaniard, thirteen years after winning his first Australian Open title, Nadal did it again Down Under.

Nadal struggled to cope against the world No 2 during the early stages of the match on Sunday, the 35-year-old produced a remarkable comeback to record a 21st Grand Slam in a match that lasted over five hours.

Nadal could scarcely believe it that he managed to came back from two sets down to beat the reigning US Open champion in the final and win a 21st Grand Slam title.

Nadal pulled a remarkable performance in Australia this year after suffering severe injuries in the past few seasons. He was ruled out by many saying he won’t win any majors again in his career but he proved them wrong.

With Nadal now leading the race in terms of most Grand Slam singles titles by a male player, it means the greatest player of all time debate is back in full swing. Is it Nadal, Federer or Djokovic?