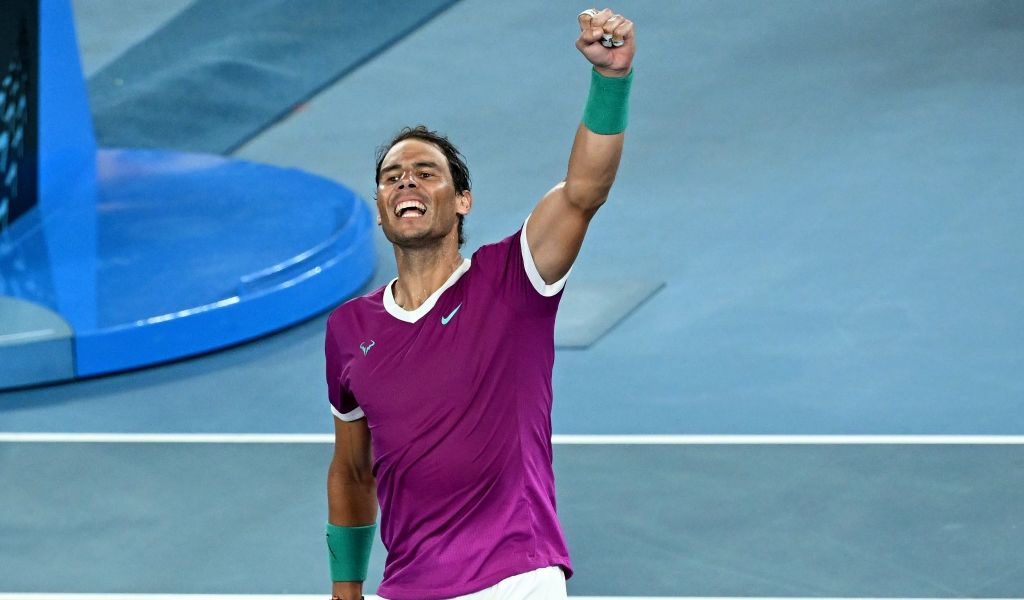 It is a fairy tale comeback few were expecting and now Rafael Nadal is just one game away from his first Australian Open title since 2009 and his 21st Grand Slam.

Victory in Sunday’s final will take Nadal ahead of Roger Federer and Novak Djokovic in the race to secure the most major titles in the history of the game and three of Eurosport’s experts have summed up the scale of the Spaniard’s achievement after returning from a foot injury that kept him out of action for the second half of last year.

Eurosport tennis expert and seven-time Grand Slam champion John McEnroe*believes Rafael Nadal is the “humblest and classiest” athlete he has had the pleasure of watching following his impressive four-set victory over Matteo Berrettini to reach Sunday’s Australian Open final. This was his verdict:

“I don’t know what it means for the history of tennis, these guys are just incredible what they keep doing. It started out as a complete and utter train wreck with Djokovic when he was down there and all we were talking about was him and how he was the guy who was going to go and make history and break the record but they forgot to mention that Rafael Nadal was there who hasn’t played in six months. Who is the last guy who didn’t play for six months and then went on to win the Australian Open? His name was Roger Federer.

“All of a sudden things have fallen into place for Rafa who has to be the humblest, classiest champion of almost any athlete I’ve ever seen in any sport. It’s well-deserved for a guy to do this like Rafa Nadal, you can see how much it meant to him to get to the finals again.”

“What a legend of our sport. Two months ago it was uncertain whether he would be able to continue playing at all after his serious ankle operation – and then he comes to Australia and plays his best tennis. I don’t think Nadal was thinking about his 21st Grand Slam title before the semi-final. He is more relaxed about it than Novak Djokovic.

“He says, I’m happy that I still can play tennis and that I’m in the final in Australia. But that will change now. Rafa has two nights before the final and he will be thinking about the 21. However, Rafa is an absolute superstar and will be able to handle it.”

Eurosport tennis expert and two-time Grand Slam finalist Alex Corretja described himself as “emotional” after watching compatriot Rafa Nadal overcome all of the odds to reach the Australian Open final in Melbourne as get said:

“I am very emotional, because we all know what Rafa brings to tennis, to our sport, to our country – Spain – and everything he transmits. He has given us so much, of course everyone was hoping Rafa could start the season well to see how he felt on his foot and we wondered if he would be able to move well, to step into the court and push hard, push strong and move with intensity we are used to seeing with him. After two or three rounds we felt he was getting ready but it was very difficult to predict how far he would go. He showed again that he is unique, he is special. He is someone who will never give up.

“To be in a final of a Grand Slam after everything he has been through since Roland-Garros is just amazing. It’s sensational and difficult to find different words to awesome and huge. He is going to be ready to win, it’s going to be a big battle, it’s going to be very difficult to win one more major but he is ready. I think he proved again that it doesn’t really matter what people think from the outside, the only thing that matters is what he feels inside. This is the key for his tennis career.”