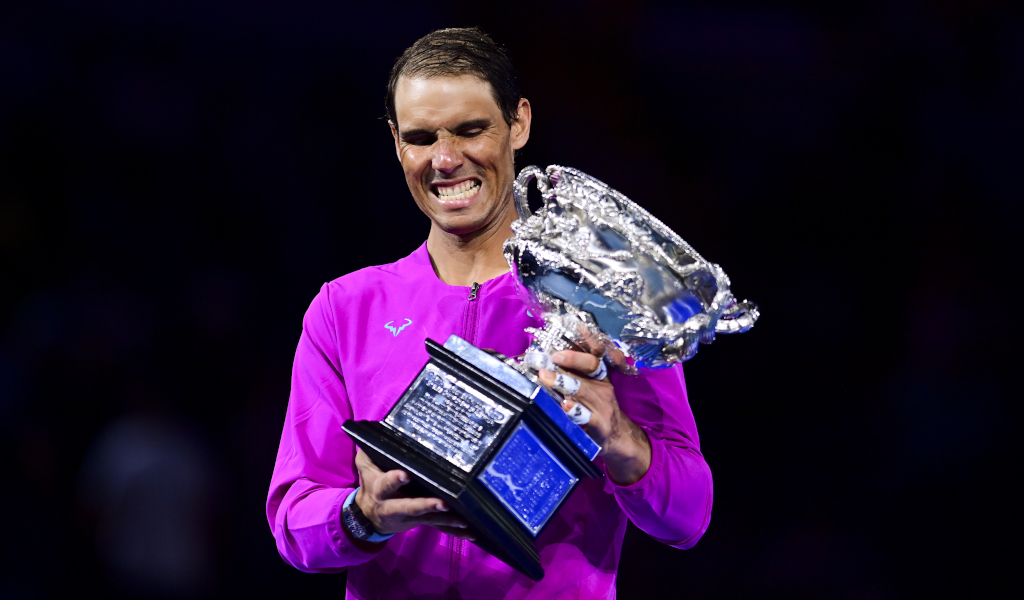 He would like to finish his career with the most Grand Slam titles, but Rafael Nadal has re-iterated that he is not “obsessed of frustrated” with the record.

The Spaniard lifted his 21st Grand Slam trophy on Sunday after defeating Daniil Medvedev in the Australian Open final in Melbourne with the victory helping to edge ahead of his contemporaries Roger Federer and Novak Djokovic, who have 20 majors each.

The debate about who will end up with the most Grand Slams has been an intriguing one in tennis and it will only intensify after Nadal’s victory.

On the back of his latest title, Nadal shared his thoughts on the race at a press conference at the Rafa Nadal Academy: “Not long ago, I’d be happy just coming back and playing tennis and now I have 21. My speech doesn’t change and neither does my approach to it.

After being forced to miss the latter half of the 2021 campaign, Nadal’s preparation for the Australian Open suffered a setback when he tested positive for Covid-19 in December.

And he admitted after a brutal fortnight in Australia, he was concerned about whether or not his body would hold up in the final.

“I was nervous before the final because I knew that I was playing for something important, but this year everything was upside down. I had three hard months without being able to train properly and then the virus,” he said.

He added: “On a personal level it’s been an unforgettable experience.

“I have been able to enjoy the highest level of sport again, something that was very difficult to imagine a few weeks ago.

“As well as achieving something special, for me it has been special to be able to compete again to the maximum with the best players. This is vital for me and for the future.”