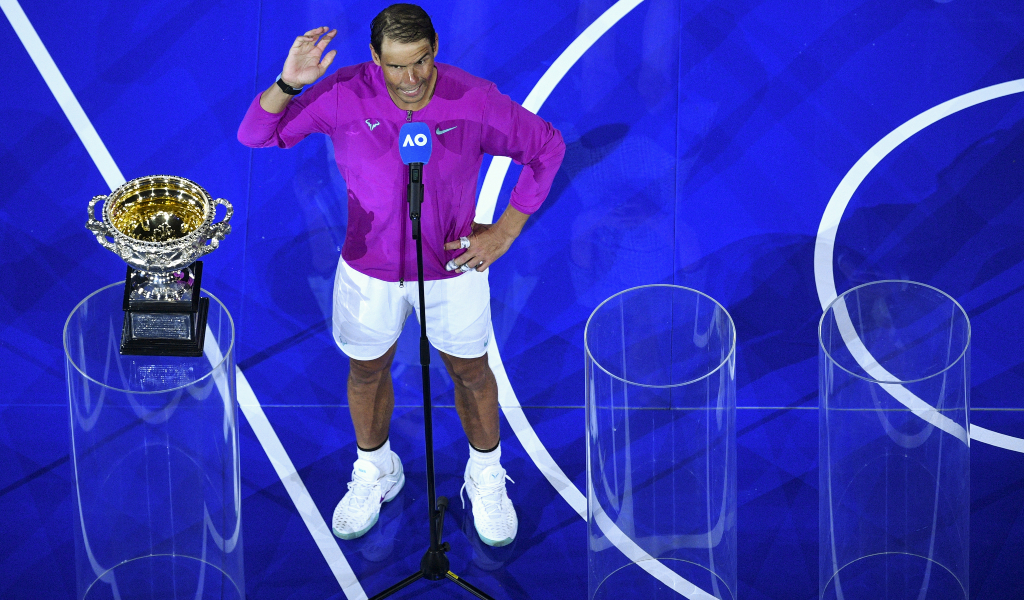 The 35-year-old has overtaken Federer and Djokovic in the race for the most Grand Slams as his two contemporaries are both tied on 20 Grand Slams.

Cahill, who has coached the likes of Andre Agassi, Lleyton Hewitt and Simona Halep, explained how Nadal’s victory can fuel his rivals’ fires. He says 2022 will be the year to see who is the real greatest of all time.

“Look, if Novak does return, I think we’re talking about Rafa and Novak going into the French as the co-favourites. Obviously you’ve got to be able to beat Rafa over five sets on clay, and we’ve seen how difficult that’s been, but Novak has been pretty damn impressive there the last few years,” Cahill told New York Times.

“I think Novak uses this to fuel the fire he’s always played with, I think he’s still searching for improvement in his game, and I think we’ll still see an unbelievable level from Novak over the next couple of years.”

Federer has not played a lot of tennis over the past two seasons due to injury while his Grand Slam title came at the 2018 Australian Open.

And Cahill believes Nadal’s title will give Swiss maestro a boost.

“I think what Rafa did can put a little fuel in Roger’s tank, too, Roger could say, ‘If Rafa is out there still doing it, why can’t I do it if I get healthy and still have that love of the game?’ So, I think this energizes the Big Three,” he added.

“That Wimbledon was two athletes in the prime of their careers playing unbelievable tennis, this was a little bit different because of the road Rafa had travelled to get there and the history behind it.”