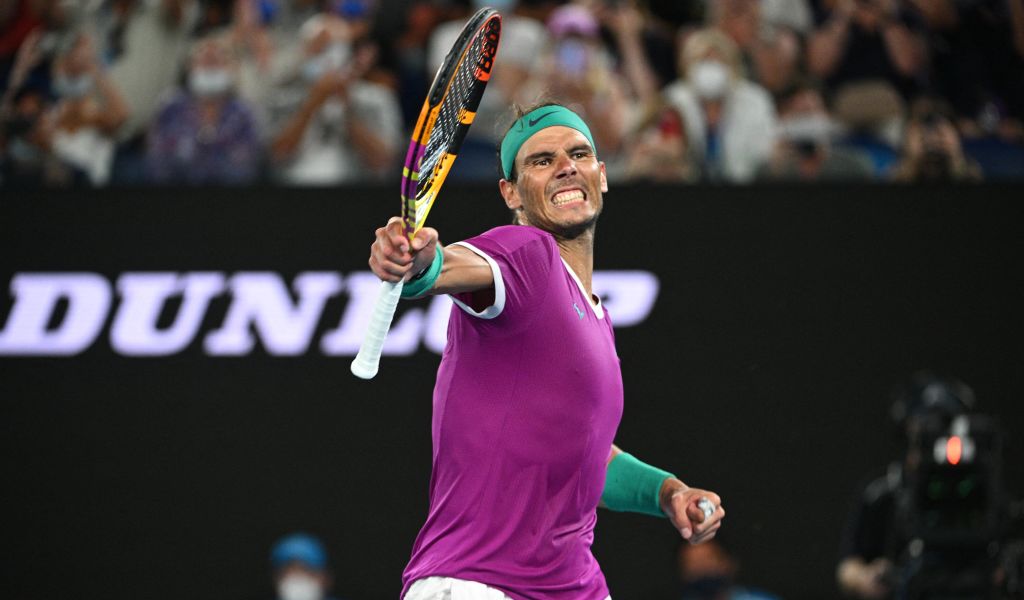 Rafael Nadal is through to the Australian Open quarter-finals – but he had to work for it by playing the longest tie-break of his career.

Nadal beat French veteran Adrian Mannarino 7-6 (14), 6-2, 6-2 but the first-set tie-break was where the action really was as it lasted nearly half an hour.

The Frenchman had four set points but Nadal took it 16-14 on his seventh chance due to a net cord and wild volley from Mannarino – then the world No 5 went on to secure a place in the next round.

“The first set has been very, very emotional, anything could happen there,” the 35-year-old explained after his win.

Pick your jaw up off the floor…😲😲😲@RafaelNadal clinches the first set in an EPIC cat and mouse tiebreak 7-6(14).

Get that popcorn in a bowl, STAT. #AusOpen · #AO2022 pic.twitter.com/mFo7XHfGIl

“I was a little bit lucky at the end, everybody knows how mental is this game.

“After that crazy first set was so important that break at the start of the second – I’m very happy that I survived that first set without a doubt.”

Things are looking hopeful for Nadal in his Australian Open campaign, especially as there’s no fear he’ll be facing world No 1 Novak Djokovic as he was removed from the competition, but he will face Denis Shapovalov who has made it to his first quarter-final in Melbourne after a surprise win against Alexander Zverev.

Both have met on four occasions before, with Shapovalov even pulling off an upset when he was just an 18-year-old by beating Nadal on home turf in Canada.

“After the match I said he is going to be a potential multi-grand slam winner,” the 20 time Grand Slam winner said.

“And I still think that, if he’s able to keep improving, he will be a multi-grand slam winner.

“He has a lot of amazing things in his game, and his results say that, when he’s playing well, it’s very difficult to stop him.”

After his defeat 6-3, 7-6 (5), 6-3 to Shapovalov, a frustrated Zverev smashed his racket on the court and his ambitions of reaching the No 1 spot after his performances in Melbourne drifted away.

Nadal and Shapovalov will play in their quarter-final match on Tuesday for a place in the semi-finals.