Rafael Nadal news: ‘I know it’s a special number,’ says Spaniard as he savours his ‘most unexpected’ title 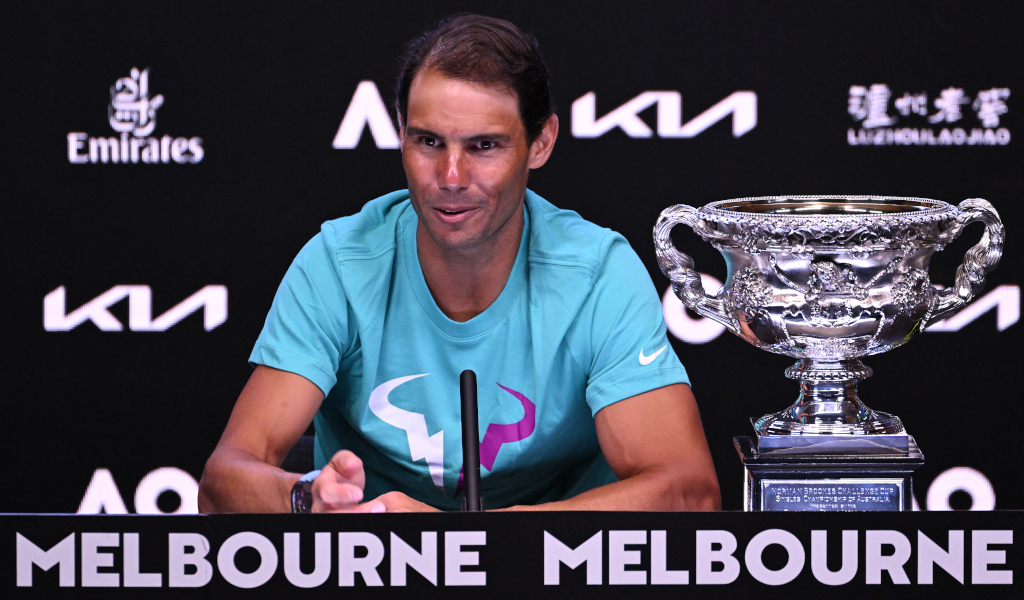 It was an “unforgettable day” for Rafael Nadal as he notched up a “special” 21st Grand Slam title with a “surprise” Australian Open trophy.

Following an injury-ravaged 2021 campaign that saw him skip Wimbledon, the Olympics and US Open, the possibility that he might never be able to play competitive tennis again did cross the Spaniard’s mind.

Even on the eve of his departure to Australia he considered cancelling his flight, but he eventually made the trip Down Under.

And nearly a month after his arrival he was crowed Australian Open champion for a second time with his victory over Daniil Medvedev in Sunday’s extraordinary final earning him a 21st Grand Slam, which means he is now the outright holder for most majors by a male player.

“For me it’s amazing to achieve another Grand Slam at this moment of my career. Just means a lot to me. Of course, I know it’s a special number, 21,” the 35-year-old said.

“I mean, I know how it means. There is a big significance to this title. But from my point of view I really believe what I said the other day, I believe today is an unforgettable day. I never will say I deserve, because I think a lot of people fight and a lot of people deserve. But I really believe that I hold a very positive spirit. For the last six months, I really fought a lot to try to be back on court.”

“For me it’s about enjoying nights like today. That means everything for me. Means even more to achieve the second Australian Open more than any other thing.”

Given all that went on in 2021 with his foot injury, it was an emotional evening for Nadal in Melbourne on Sunday and, although he didn’t go as far as describing it as his greatest comeback, he did rate it highly.

“The most unexpected, without a doubt. And most surprising I think for everyone. For you guys, too, I think. For me personally, especially. Because I know how I arrived here,” he said.

“I don’t know. Have been a very emotional night. Even now I am destroyed, honestly, physically. I can’t think much, I can’t remember a lot of moments of the match.