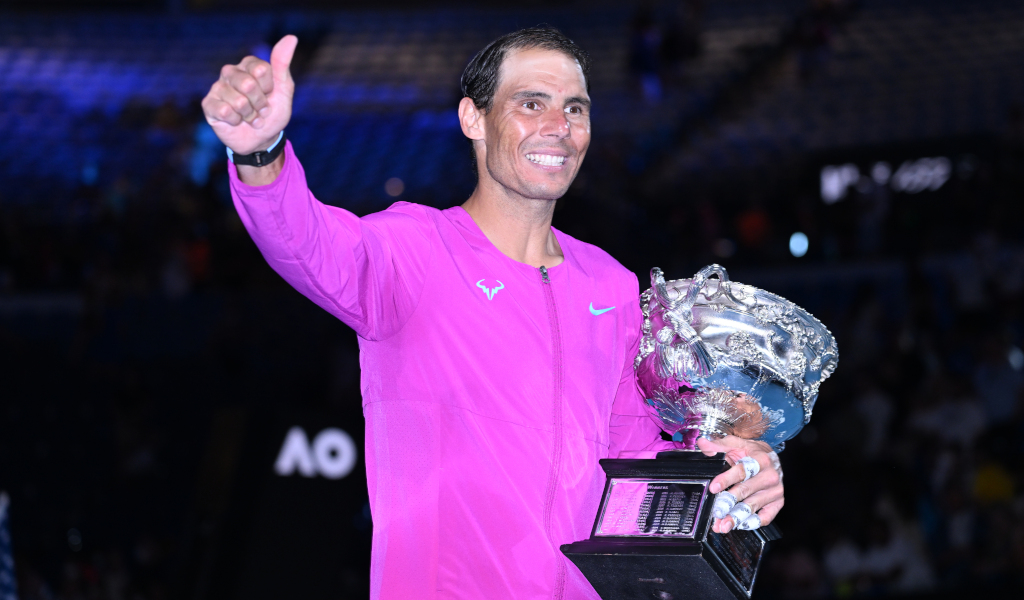 Watching Rafael Nadal win another Grand Slam gave Gael Monfils a lot of “pleasure” with the Frenchman admitting that the Spaniard’s 21st major was “huge and exceptional”.

Thirteen years after winning his first Australian Open title, Nadal lifted the Norman Brookes Challenge Cup for the second time after defeating Daniil Medvedev in a five-set thriller on Sunday.

His Melbourne Park success also helped him to secure a record 21st major, which puts him one ahead of his great rivals Novak Djokovic and Roger Federer in the race for the most Grand Slams.

Nadal and Monfils are both 35-years-old and their careers have run parallel so naturally they have a close relationship and the latter admits his friend’s win was “magic”.

“I grew up with Nadal and I’m super happy for him,” he said during an Open Sud de France press conference.

“It’s huge and exceptional, this 21st Grand Slam. I thought it was nice to see him like that. The older we get, the stronger the emotions too.

“When I see Rafa, I see my friend who is a hit, who is still winning, and that really gives me pleasure. You share that with him, the story is fabulous. I have nothing against Daniil, but for Rafa, it’s just magic.”