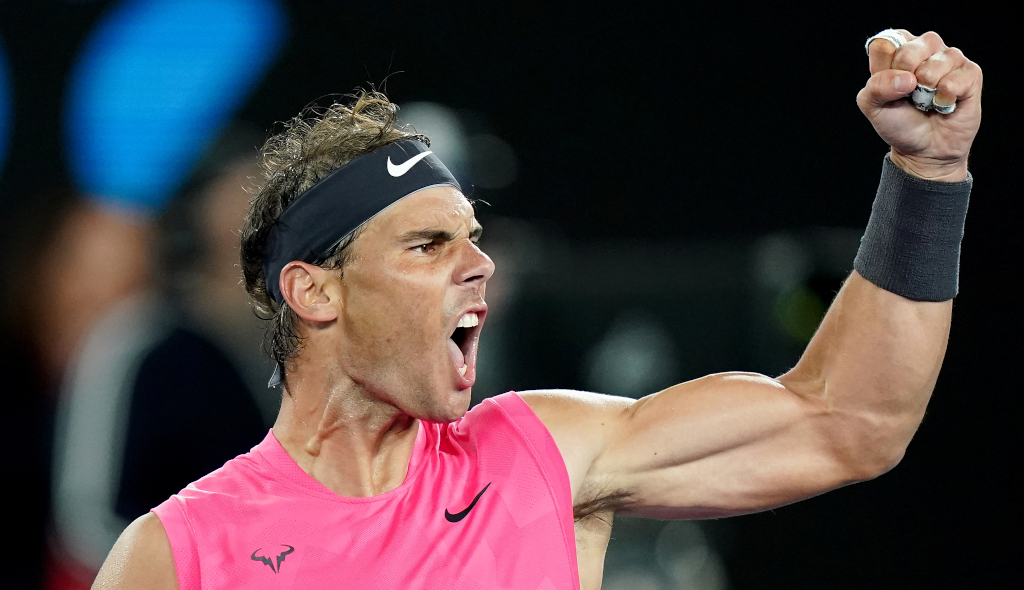 It was another almighty tussle between Rafael Nadal and Nick Kyrgios, but it was the world No 1 who prevailed in the end as he won in four sets.

The duo has always served up titanic battles and their fourth-round clash at Melbourne Park was no different with Kyrgios throwing everything at Nadal.

They don’t call him the world No.1 for nothing ☝️🇪🇸

A visibly emotional Kyrgios arrived on Rod Laver Arena wearing a Los Angeles Lakers No 8 shirt as a tribute to the late NBA player Kobe Bryant.

He found himself up against it early on as Nadal broke in game four and went on to serve out the set, but after saving three break points in game two of the second set, the Australian edged ahead with a break in game four and he never relinquished the advantage.

The third set went according to serve, but the Kyrgios started to get frustrated and had a long conversation with the chair umpire at 6-5 down.

It went to the tie-breaker and Nadal held firm to take the two-set to one lead.

.@RafaelNadal takes the lead again after a dramatic third set that saw @NickKyrgios smash a racket 💥

The Spaniard broke in game three of the fourth set, but Kyrgios refused to go away and got level on serve in game 10.

And so it went to another tie-breaker and again Nadal was the man to come out on top.

“What can I say about Nick? When he is playing like today with this positive attitude he gives a lot of positive things to our sport,” the world No 1, who will face Dominic Thiem in the quarter-final, said.

“He’s one of the highest talents we have on our tour and I like the Nick Kyrgios during the whole of this tournament.”

He added: “I just feel happy that I won one more match tonight, an important one.”