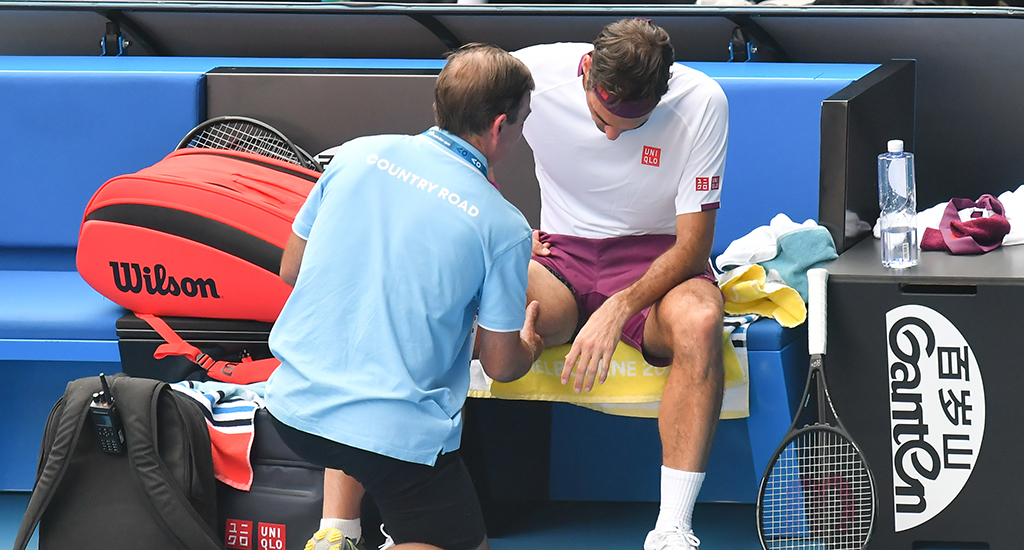 Roger Federer says he started feeling his groin injury midway through the second set of his quarter-final against Tennys Sandgren, but he doesn’t yet know how serious it is.

Federer somehow managed to haul himself back into the match before winning it on Tuesday in a remarkable show if endurance.

He was struggling to get around the court and very quickly switched to serve-volley in an attempt to shorten points.

However, despite the injury, which he describes as ‘a tight groin,’ he was keen to ensure Sandgren got the credit his performance deserved.

“That’s also when I got the warning finally because I was upset about the pain I was feeling.

“I had been playing with that problem for a while there. But I still felt like he was playing great.

“He had the offence, he had the defence. He had the serve that I was expecting him to bring.

“In the beginning, I felt great. I think he was a little bit on and off with his serve. That allowed me to get in the lead. Then things obviously changed.

ALSO READ: Comment: ‘Miracle of Melbourne’ has cemented Roger Federer greatness – and it’s unlikely to ever be surpassed

“Also went from day to the shade. Maybe that allowed me to get back into it. I started to feel it about midway through the second set.”

On the injury itself, Federer says he is just as much in the dark as anyone else about just how serious it could be.

“I’m hopeful. We’ll find out tonight, tomorrow. The next day we’ll see how it goes.”