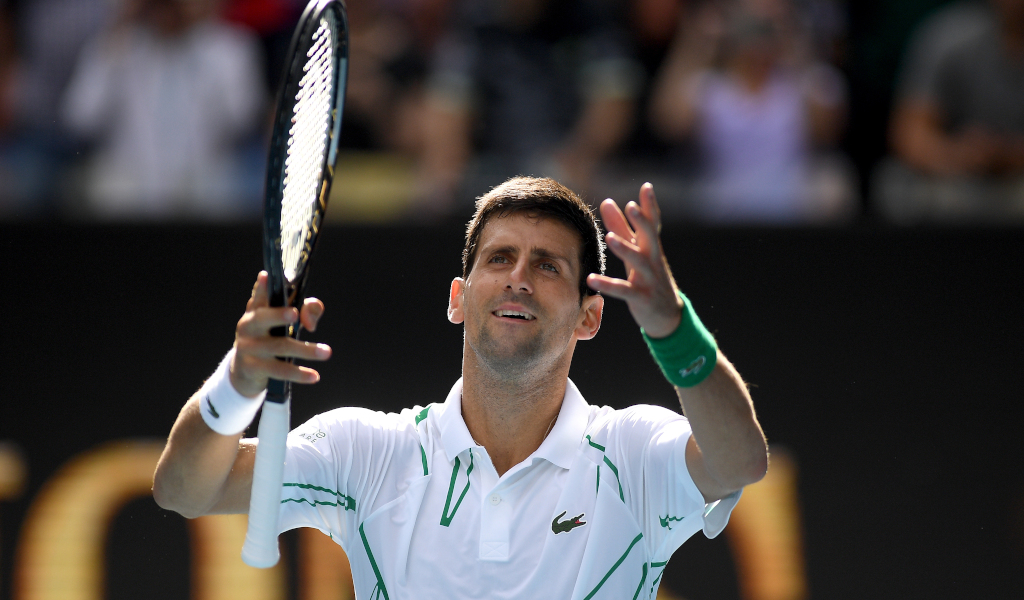 Novak Djokovic brushed aside Yoshihito Nishioka to reach the third round of the Australian Open and then heaped praise on his coach Goran Ivanisevic after another excellent serving display.

Djokovic broke once in the first set and twice in the second and third sets to complete the routine victory that saw him serve 17 aces and lose only eight points on serve.

His improved serve has been part of his make-up throughout his Australian Open campaign and he took time out to praise Ivanisevic, who joined his coaching set-up last year.

“I gotta prepare him. He needs to work on his serve.”

“Lots of fun,” the Serb said about the 2001 Wimbledon winner.

“Lots of joking around. We speak the same language so we’ve known each other for a very long time.

“He was definitely one of my childhood idols. Him coming from Croatia, myself Serbia – a neighbouring country – it’s a very similar culture and the same language basically.

“I was training at the academy in Germany where he used to spend some time preparing for Wimbledon which he won in 2001 and I remember hitting a few balls with him and it was a dream come true.

“To have him in my box now is wonderful and he brings a good energy to the team and his insight as a coach as well having done it for six-seven years. I’m very grateful to have him.”