Serena Williams on having fun, her Flo-Jo inspired outfit, why she needs to wear nude colour underwear 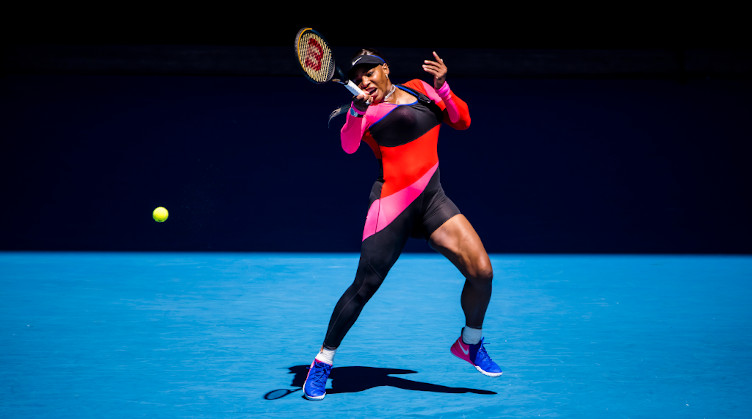 “Every day is just fun” for Serena Williams at the Australian Open as she steamrolled her way into the third round with victory over Nina Stojanovic.

After dropping just two games in her opening-round win, the 23-time Grand Slam winner conceded just three games against Serbian Stojanovic on Wednesday as she won 6-3, 6-0.

Williams will face Anastasia Potapova for a place in the fourth round, but for the American it is all about enjoying herself on and off the court.

“We’re all out here to have fun and I’m happy to be out here, and just to be playing in front of crowd again is really cool. So every day is just fun.”

The 39-year-old’s colourful, one-legged catsuit – inspired by American track great Florence Griffith Joyner (Flo-Jo) – was the talk of the town when she unveiled it during her first match and she is delighted with the creation the Nike team came up with.

“I was inspired by Flo-Jo, who was a wonderful track athlete, amazing athlete, when I was growing up,” she said.

She continued: “Watching her fashion, just always changing. Her outfits were always amazing.

“This year we thought of what can we do to keep elevating the Serena Williams on the court.

“The Nike team actually thought of this design of inspiration from Flo-Jo. I was like, ‘Oh, my God, this is so brilliant’.

“That’s where we started. Obviously we made some changes and tweaks to it. It became this.”

She also revealed the fabric is very light, which of course has a downside.

“So it’s light. It’s actually, if you look up close, it’s actually breathable and it’s perforated, so it’s actually super light and to a point where I need to make sure I’m wearing underwear. Nude colour, though.”