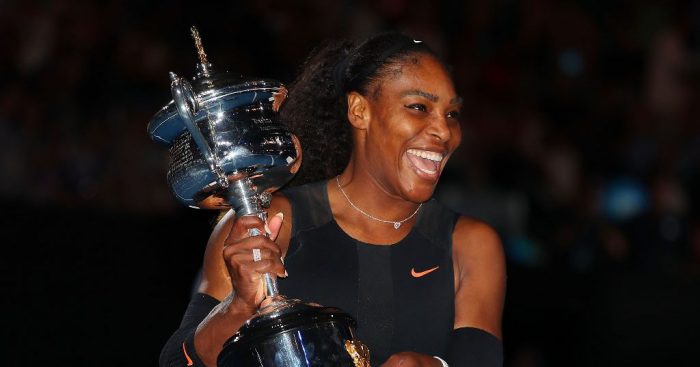 Reigning champion Serena Williams says she is ‘not ready’ to defend her Australian Open crown after pulling out of the tournament.

The 36-year-old had hoped to return to the court after the birth of her daughter Alexis Olympia late last year, and competed at the World Tennis Championship in Abu Dhabi in December, where she lost an exhibition match against Jelena Ostapenko 6-2 3-6 10-5.

However, Williams, who has won the season-opening Australian Open seven times, revealed on Friday morning that she’ll be sitting out this year’s event.

“After competing in Abu Dhabi I realised that although I am super close, I’m not where I personally want to be,” she said.

“My coach and team always said ‘only go to tournaments when you are prepared to go all the way’.

“I can compete – but I don’t want to just compete, I want to do far better than that and to do so, I will need a little more time.”

Australian Open Tournament Director Craig Tiley appeared wholly understanding of Williams’ decision, adding: “I’ve been in constant contact with Serena and her team and know this is why she has pushed it and pushed it until the eleventh hour to make her final decision.

“We all wish her the very best and I look forward to seeing her back on court this year, and can’t wait to welcome her back to the Australian Open in 2019.”