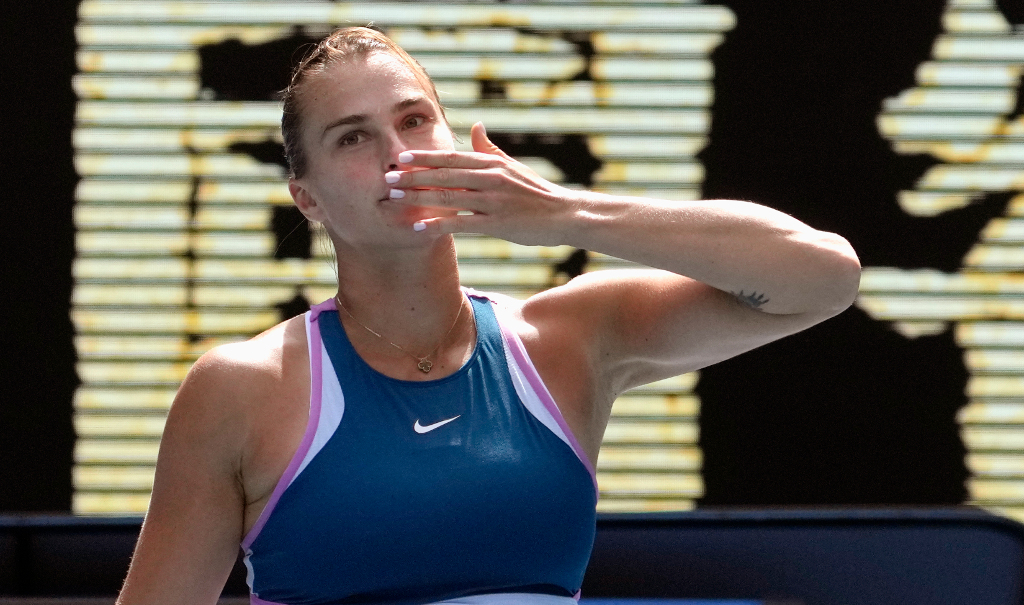 Fifth seed Aryna Sabalenka continued her rich vein of form at the Australian Open after her straight-sets win over Elise Mertens in Saturday’s third-round clash in Melbourne.

Last year’s runner-up at the WTA finals had a bit of a reputation for losing her temper on the court, throwing her racquet to the ground in anger or refusing to shake hands with her opponents after the match.

She has since issued an apology for this kind of behaviour and has seemingly found a new modicum of serenity in 2023, which might have contributed to her good form.

The 24-year-old has not dropped a set yet in 2023 and showed her title credentials with a 6-2, 6-3 win over her former doubles partner.

“I need to be a little bit boring on court,” Sabalenka told reporters after the match on Margaret Court Arena.

“It’s still about a lot of positive emotions for me, but I’m trying to stay away from negative (emotions) and just fight for every point.”

Sabalenka, who won a tune-up event in Adelaide before the year’s first Grand Slam event, admitted she wished she had seen the benefits of a calmer approach sooner.

“Finally I understand what everyone was looking for and asking for,” she added when asked about her change in approach.

“I think there were a few moments when I was about to throw my racquet or scream something. Because I hold myself really strong in those moments, after that I feel like it’s a little bit more natural right now.”

Sabalenka will face former world number four Belinda Bencic for a place in the quarter-finals in Melbourne, which will be a match between two warm-up champions after the Swiss player also tasted success in Adelaide earlier.

“She’s a great fighter, a great player, moving well, hitting the ball quite clean,” Sabalenka said of her next opponent.

“I have to stay really aggressive in the first few shots … I have to be ready like a tiger, stay low and ready for that.”

The 12th-seeded Bencic claimed a 6-2, 7-5 win over Italy’s world number 70 Camila Giorgi in her third-round match, and will look to Dmitry Tursunov for some pointers since he coached Sabalenka before they split in 2019.

“Sabalenka is very aggressive player, has a lot of power… Dmitry was her coach before, so he can help me a lot, I hope,” the 25-year-old Bencic said.