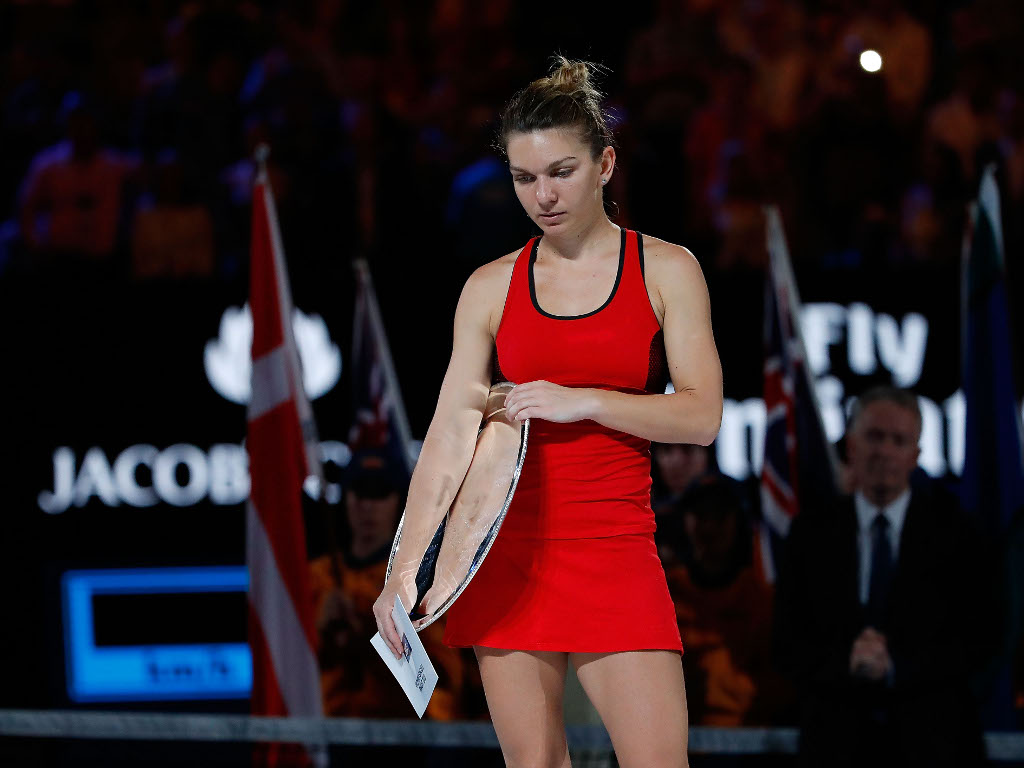 Simona Halep was philosophical after her Australian Open loss against Caroline Wozniacki after she simply ran out of gas.

After losing the opening tie-breaker, Halep called for a medical timeout early in the second set and the trainer took her blood pressure and heart rate.

Although she struggled to move for most of the second set, she somehow managed to draw level and took the match to a decider, but unfortunately she came up short.

It was a long tournament for the 26-year-old as she played tough three setters against the likes of Lauren Davis in the third round and Angelique Kerber in the semi-finals and it finally took its toll.

“It’s fine. I cried, but now I’m smiling. Is just a tennis match in the end. But, yeah, I’m really sad I couldn’t win it. I was close again, but the gas was over in the end. She was better. She was fresher,” Halep said.

“She had actually more energy in the end. After so many long, difficult matches earlier in the tournament, how were you feeling physically going into it and then throughout the match?

“I was really tired. I had so many problems at my feet, pain everywhere. But, you know, I think I did pretty well with all the things that were going on. After the first set, I just was out. I don’t know what happened.

“No energy, no power. But then I just said that I have to hit all the balls, and then I could take the second set. I came back in the third set, but when I had to serve for 5-3, the gas was gone, so I couldn’t make it. It’s a bit sad.”