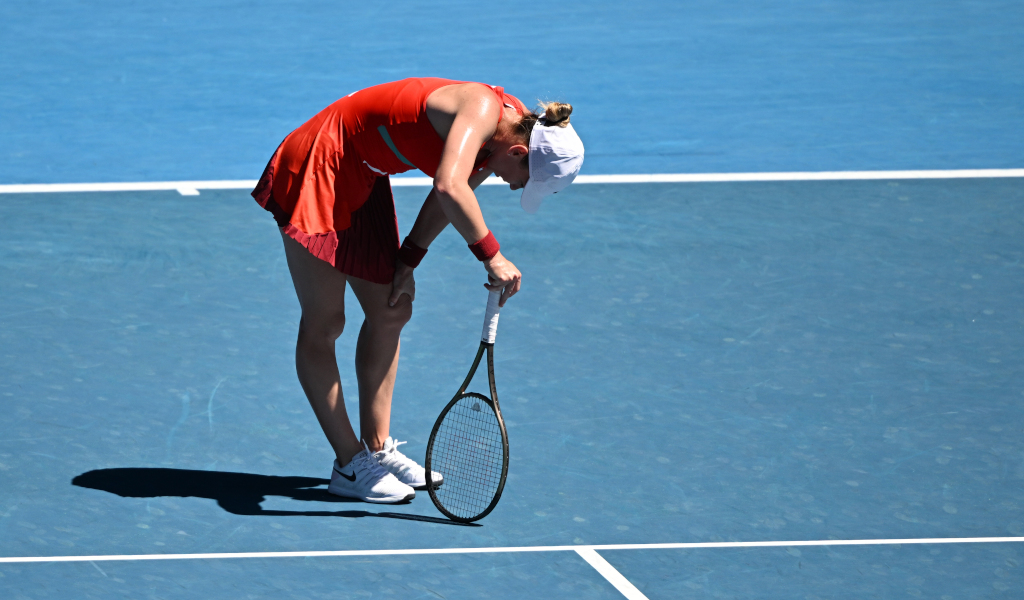 Simona Halep has admitted she was close to giving up in her Australian Open fourth-round clash against Frenchwoman Alize Cornet on Monday.

Former world No 1 Halep gave credit to Cornet saying she was too strong.

The two-time Grand Slam winner, who missed several months of action in 2021 due to injury, revealed she had no injury concerns during her match, just with the heat.

On her 63rd main draw appearance, @alizecornet is into her FIRST Grand Slam quarterfinal. The world No.61 upsets Simona Halep 6-4 3-6 6-4.#AusOpen · #AO2022 pic.twitter.com/PwlBeFTPDA

“I have no injury, this is good. Only the heat got me actually early in the first set. I felt sick, felt a little bit dizzy,” said the Romanian.

“It’s tough to play in the heat, and I was not ready today. She was a little bit stronger, and that’s why she could win the match.

“I was close to just giving up, because I was exhausted, how I looked, actually.

“But I felt like she was starting to miss, and I just stayed there. I fought for every ball. But with not much confidence.”

Halep added: “I’m super happy with the way I have been here in Australia. I struggled a lot last year, and the way I got up, it’s looking really good.

“I’m happy about that, and I will take only the positives.”