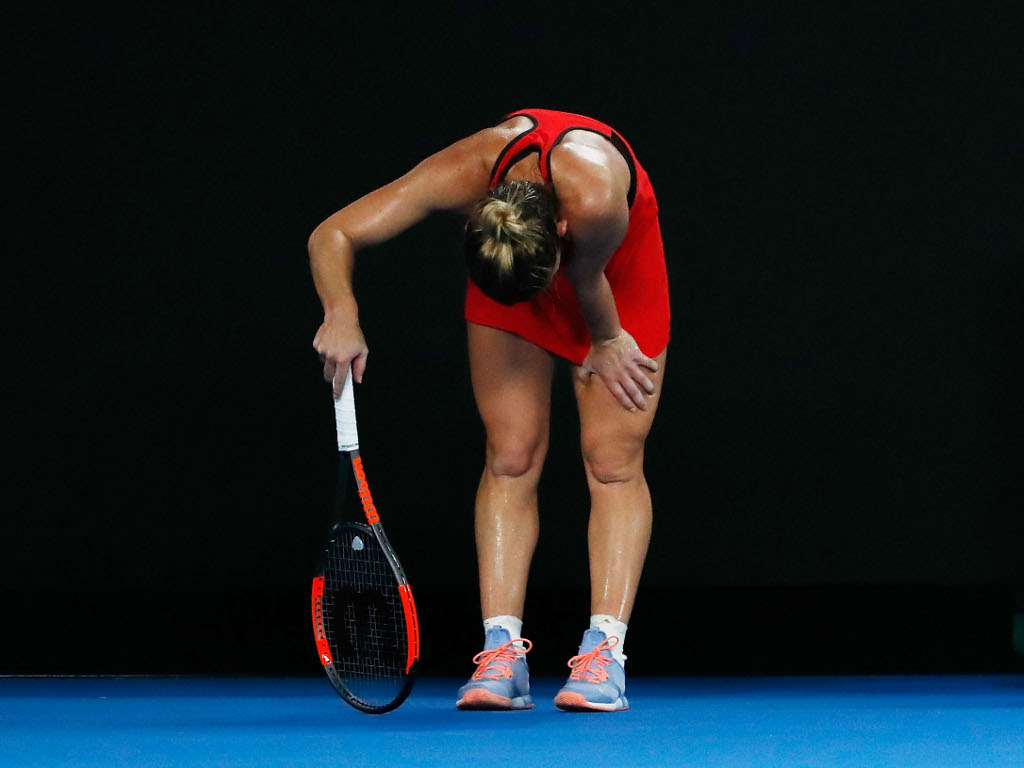 Australian Open runner-up Simona Halep was treated for dehydration in hospital following her defeat to Caroline Wozniacki in Saturday’s final.

Although it was another hot and humid day in Melbourne, Australian Open officials opted not to close the roof, but they did enforce the 10-minute heat rule after the second set.

Halep, though, took a medical timeout early in the second set as the trainer came out to check her heart rate and blood pressure, but she battled on bravely and went down in three sets.

She admitted during her post-match interviews that she had “no energy”, “no power” and “the gas was gone, so I couldn’t make it”.

However, ESPN reported on Sunday that she was admitted to hospital after the match as she suffered from “severe dehydration”, but was released after four hours.

Officials have also defended the decision to keep the roof open during the women’s final, saying the temperature never went above 32.5C.

A statement read: “During the afternoon the Wet Bulb Globe Temperature (WBGT) index reading was above the threshold of 32.5C, and was closely monitored. At 6.30pm it was 32.7C. With no dramatic reduction in the WBGT reading forecast (the 8.30pm forecast was 32.5C) the referee exercised his discretion and called for the roof to be closed.

“The tournament referee made this decision based on qualified and professional advice from the Bureau of Meteorology who are on site, and the tournament’s chief medical officer.

“Based on their advice, and the fact that the WBGT reading had been above the 32.5C threshold for a considerable period of time, and was forecast to be at 32.5C at 8.30pm, the tournament referee used his discretion to invoke the extreme heat policy and close the roof prior to play. At no other time during the event this year has the WBGT reading reached the threshold.”