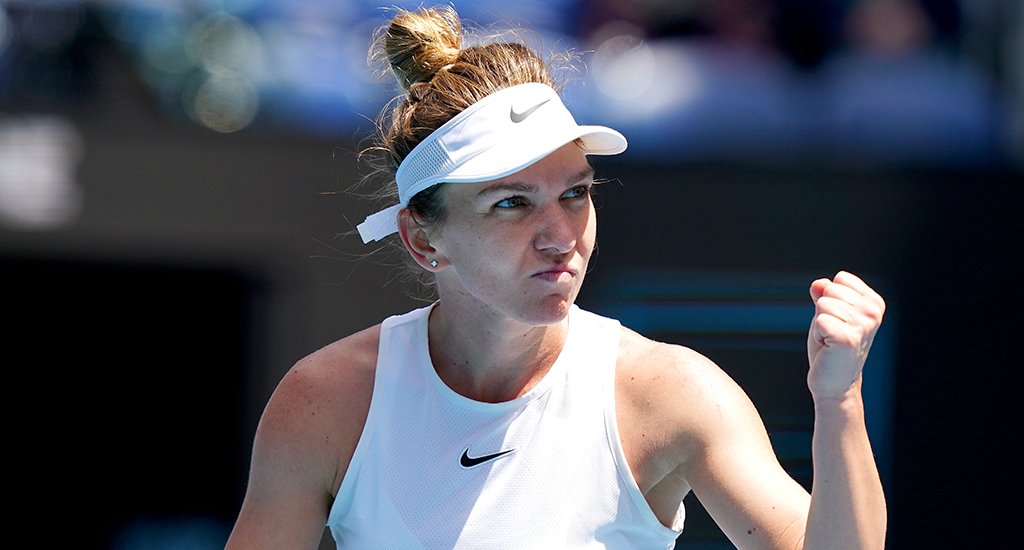 Simona Halep has battled into the Australian Open quarter-finals for a fourth time with a 6-4 6-4 victory over Elise Mertens.

The Romanian has still yet to lose a set at this year’s tournament, as she looks to go one better than her best previous performance in Melbourne, which was runner-up to Caroline Wozniacki in 2018.

“It’s a great performance by myself to play again a quarter-final,” Halep said. “I’m really happy to go through.

“I knew I had to stay focused today. I was a little nervous at 4-3 but was strong enough to finish.”

Halep has pledged to donate A$200 to bushfire relief every time she gives her Australian coach Darren Cahill a hard time.

There will be a bit more to add to that pot after this match, but she admits she doesn’t yet have any idea of the total.

“Darren is counting the looks,” she said. “Was I worse than the last match? Yes. But it’s for a good cause.

“He said he would tell me the total at the end of the tournament.”