‘Dreams come true!’ – Sofia Kenin battles back from a set down to win Australian Open title 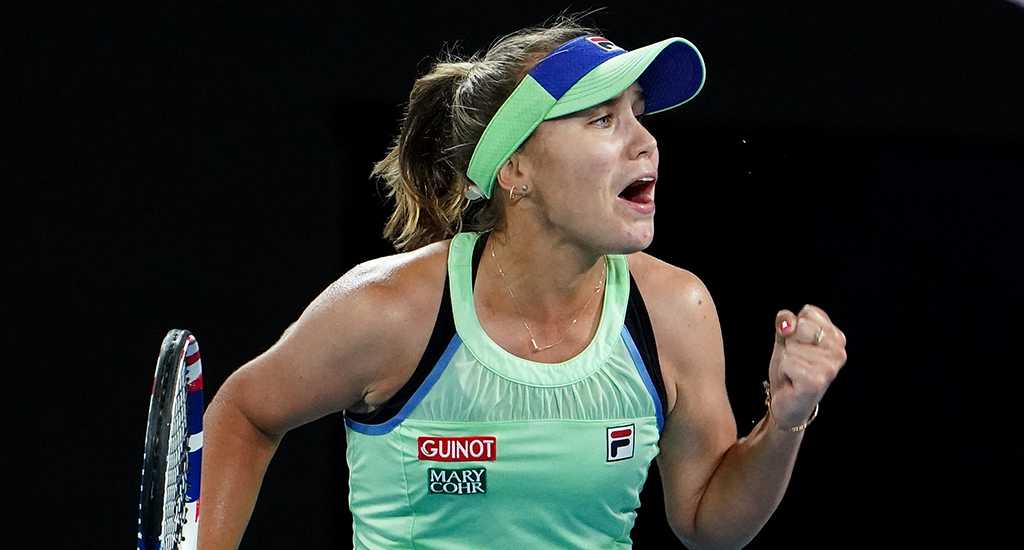 Sofia Kenin came back from a set down to win her maiden Grand Slam title to cap a brilliant two weeks at the Australian Open.

The American, playing in just her third main draw in the tournament, struggled in the first set and it looked as if that occasion was getting the best of her.

The pattern of the match was that Muguruza was able to dominate the shorter points, but Kenin was gradually able to extend more points, which she was winning with ease.

Kenin also showed remarkable resilience, twice holding her service games from 0-40 down, one of which coming at a key moment in the deciding set. She was also helped, however, by 45 unforced errors from Muguruza, including eight double faults – the last of which came on match-point.

It was disappointment for Muguruza who was unseeded going into the tournament but chasing a third Grand Slam crown.

“My dream has officially come true,” Kenin said on-court after the match. “I can’t even describe this feeling.

“It’s so emotional and I worked so hard. I’m just so grateful to be standing here. Dreams come true. If you have a dream, go for it and it’s gonna come true.”

Kenin, just 21-years-old, will now move to number seven in the world rankings on Monday, as well as becoming the American number one.