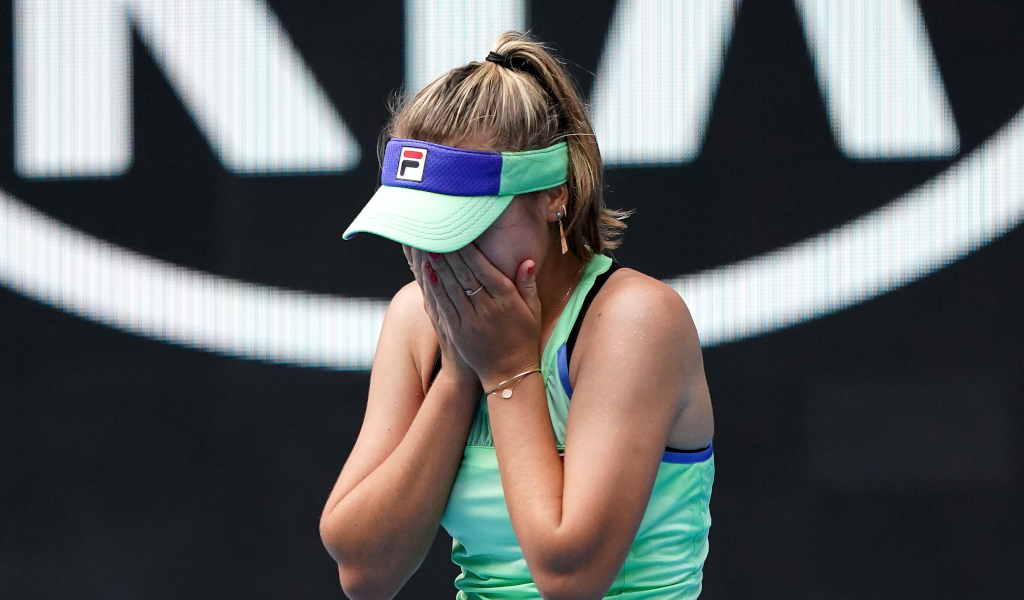 Sofia Kenin produced the perfect display in the decisive set to blow teen sensation Coco Gauff out of the Australian Open.

Having claimed the big scalp of defending champion Naomi Osaka in the previous round, Gauff headed into the fourth-round clash against her fellow American as the favourite.

Kenin made a blistering start as she broke in the first game of the match, but Gauff hit back in game eight to draw level before taking the tie-breaker.

Kenin then took charge as she broke in game four of the second set before serving it out while she overwhelmed her younger opponent in the decider.

Soak in the win, @SofiaKenin.

“It was such a tough match and she is such a tough player. All respect to her she played really well,” Kenin said after the match.

“It just means a lot to me. I am so happy to be through to the next round.”

She added: “I just did the best I can. I tried to take it [the hype] in like any other match. I know she is playing well and I just tried to play my game and fight for every point and not focus on anything else.

She will face Ons Jabeur for a place in the semi-final after the Tunisian beat 27-seeded Wang Qiang, who upset Serena Williams in the third round, 7-6 (7-4), 6-1.