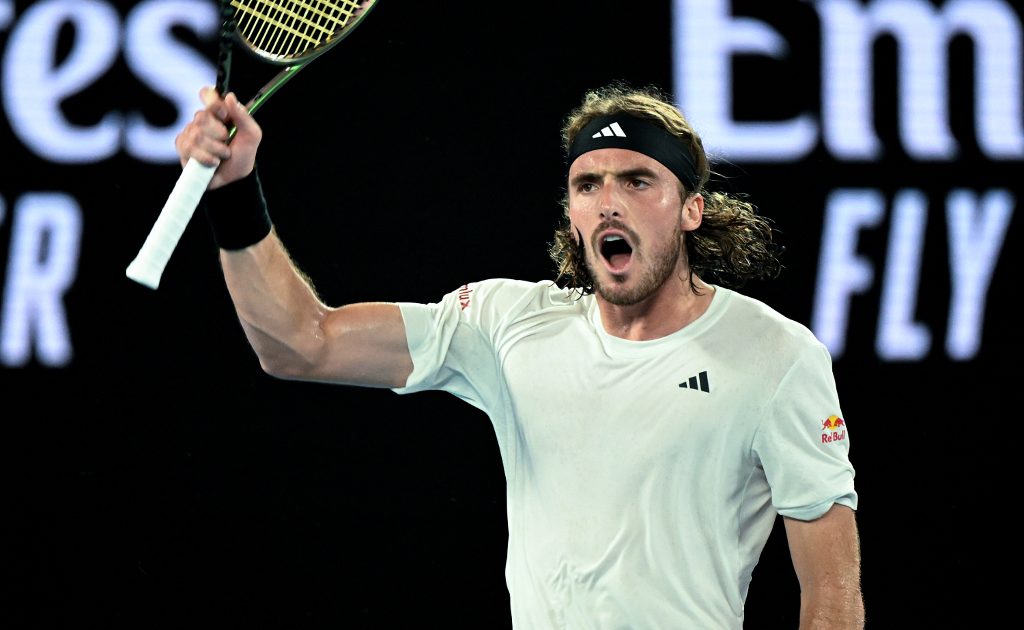 Stefanos Tsitsipas’ quest for Australian Open glory seems to be gathering pace with the influence of Mark Philippoussis growing.

Philippoussis, a two-time Grand Slam runner-up, has had a tremendous influence on the Greek ace’s game, in particular some of the psychological aspects of the game.

Philippoussis was one of the biggest servers in the history of the game, but Tsitsipas isn’t getting pointers on power hitting from the former world number eight.

“That’s what Australia means to me.” @steftsitsipas admits he would love to win the #AusOpen and build a school in Victoria with the prize money. 👏#AO2023 pic.twitter.com/e775vKNZOi

Instead, the Australian is a calming influence in the Tsitsipas camp, in particular regarding the relationship between the player and his coach and father, Apostolos.

Philippoussis joined the Tsitsipas camp after the 24-year-old’s loss to Nick Kyrgios at Wimbledon last year, and with his influence growing every day, there is a growing belief he can finally break the Grand Slam duck in Melbourne this year.

“The reason Mark is part of the team is because the dynamic has showed that it’s good,” Tsitsipas said ahead of Friday’s semi-final with Russian Karen Khachanov.

“There hasn’t been any friction. It’s been going well. We get along well, all of us. We understand each other.

“There’s never misunderstandings or things that lead to conflict. I’m enjoying this.

“I’ve been enjoying this even in 2022. He makes for a good guy to have next to my father that can advise him, that can help him, can help me.

“Hopefully I can help him as well through experience, vice versa.”

Tsitsipas has reached his fourth semi-final in five years in Melbourne, and so nearly won the French Open title last year, before blowing a two-set lead to Novak Djokovic at Roland Garros.

He has looked in tremendous touch over the last two weeks and remains unbeaten in 2023. He also happens to be the highest-ranked player left in the draw.

“I’m feeling great with my tennis. I don’t think I felt so good in a long time. I will definitely say,” the fourth seed said.

“I’ve said it, I’m a different player, playing differently. My mentality is different. When I’m out on the court, I don’t really think of negatives, to be honest. I just go out there and play the game.”

Tsitsipas’ demeanour so far this event is in stark contrast to last year’s loss in the semi-finals to Daniil Medevev, where his father was caught coaching from the box before it was legalised in men’s tennis while his son was unravelling on the court.