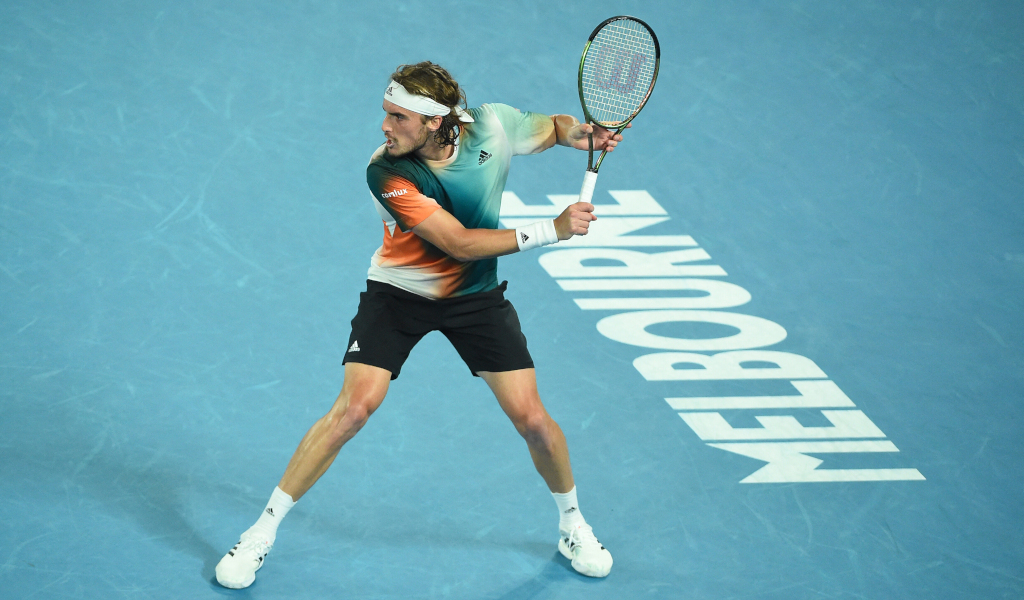 Greek world No 4 Stefanos Tsitsipas has vowed to work on his game following his first-round victory at the Australian Open.

The 23-year-old Tsitsipas eased past Mikael Ymer, beating the Swede 6-2, 6-4, 6-3 in just over two hours on Rod Laver Arena on Tuesday.

The 2021 French Open runner-up will face Argentine Sebastian Baez in the second round as he pursues his quest to win a maiden Grand Slam, but he knows he has to up his game after producing 38 unforced errors against Ymer.

“There were a lot of rallies, a lot of ball exchanges, he gave me a hard time, he was going after every single ball and stayed in the match for as long as he could,” Tsitsipas said during his on-court interview.

“I will be trying to decrease the amount of unforced errors, I think I had a few more than I usually have. I’ll be trying to keep the consistency and trying to attack a bit more, be a bit more daring in certain moments.”