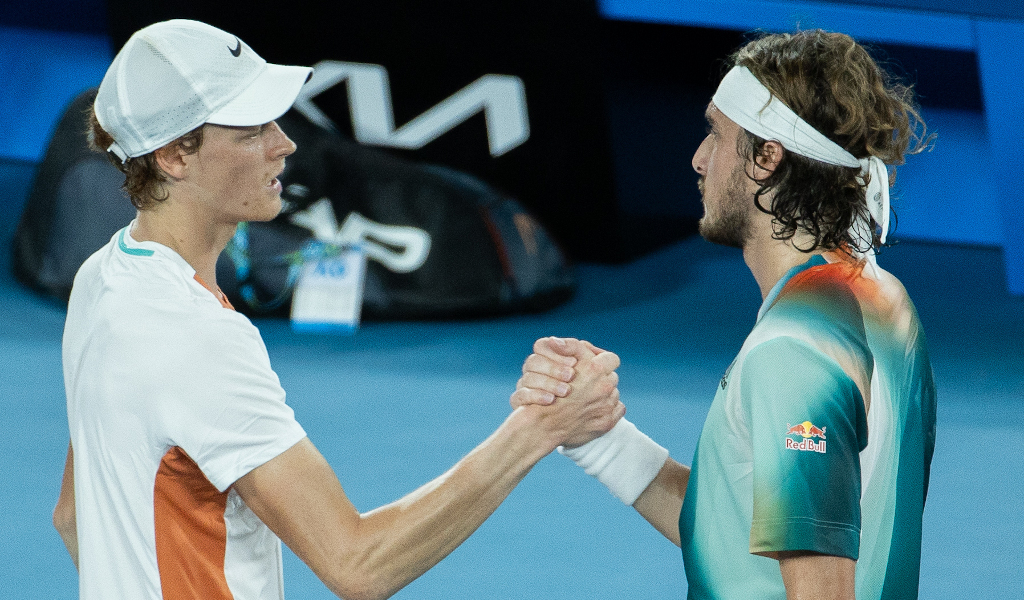 Stefanos Tsitsipas’ decision to be aggressive played a significant role in his impressive victory against Jannik Sinner at the Australian Open, according to Mats Wilander.

The Greek produced arguably his best performance at this year’s hard-court Grand Slam as he steamrolled youngster Sinner 6-3, 6-4, 6-2 in the quarter-final on Wednesday.

There were no break point opportunities on the Tsitsipas serve while the fourth seed converted four out of four break points on the Sinner serve. He also dominated most points with his aggressive style.

Hang this in the Louvre 🎨

Seven-time Grand Slam winner Wilander says the Greek’s decision to play the ball as early as possible was a key factor in his win.

“I think it’s the best Stefanos has played so far in this tournament,” he told the Eurosport Cube. “His tactics were very clear from the beginning, and his ball-striking was perfect.

“Even though he faced a tricky situation when the roof was closed, he showed a lot of experience. I thought it was going to be a really close match – in fact, I was thinking Sinner had a really good chance, and he had no chance in my eyes.

“I think Stefanos’ game plan in every match is very similar, he is trying to take the ball as early as possible, take it on the rise, come forward. He was so aggressive, he took over 60% of his shots on the rise, which is just unbelievable.”

The former world No 1 added: “Tsitsipas played an amazing match to me, I was completely surprised. Stefanos is going to be a great ‘big-match’ player, he is always going to show up, just like Rafa Nadal.

“On all four surfaces, he is going to find different ways of changing things around. It is not easy, you have to beat him off the court because he is not going to roll over on his own.”