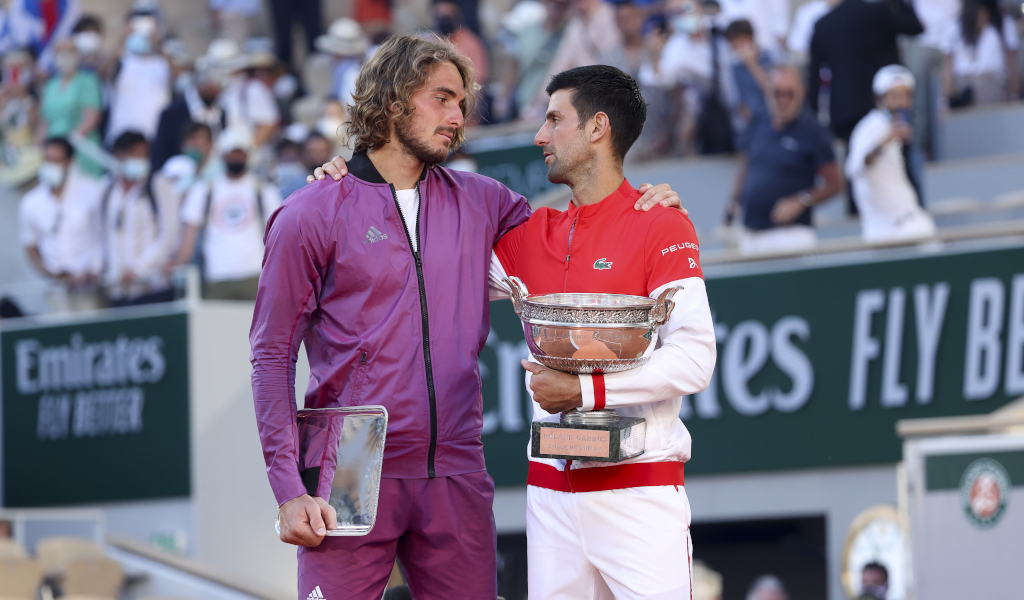 Everyone has an opinion on the Novak Djokovic soap opera ahead of the Australian Open, and now Stefanos Tsitsipas has accused the Serb of playing by his own rules.

Djokovic is waiting for a decision over whether he is allowed to play in the first Grand Slam of the year after the world number one arrived in Australia without being vaccinated.

His visa was initially cancelled by the Australian border patrol, but he overturned that decision was overturned on appeal and now he is waiting for the federal government to make a fine decision on his stay.

Now world number four Tsitsipas has claimed Djokovic only had himself to blame for putting his bid for a 21st Grand Slam title at risk by not following Australia’s COVID-19 vaccination requirements.

The world’s top-ranked men’s tennis player remained in limbo after he was included in the draw for the Australian Open on Thursday, with Tsitsipas insisting he had no sympathy for Djokovic.

“For sure, he’s been playing by his own rules and has been doing what not many players had the guts to do, especially after the ATP announced certain criteria for players to enter the country,” Tsitsipas told Reuters.

“No one really thought they could come to Australia unvaccinated and not having to follow the protocols… it takes a lot of daring to do and putting the Grand Slam at risk, which I don’t think many players would do.”

Tsitsipas suggested Djokovic is trying to play by creating his own rule book and admitted the situation he has created is chaotic.

“There are two ways to look at it. One side of it is that almost every single player is fully vaccinated… and have followed the protocols to play in Australia,” he added.

“On the other hand, it seems not everyone is playing by the rules… a very small majority chose to follow their own way, which kind of makes the majority look like fools.”