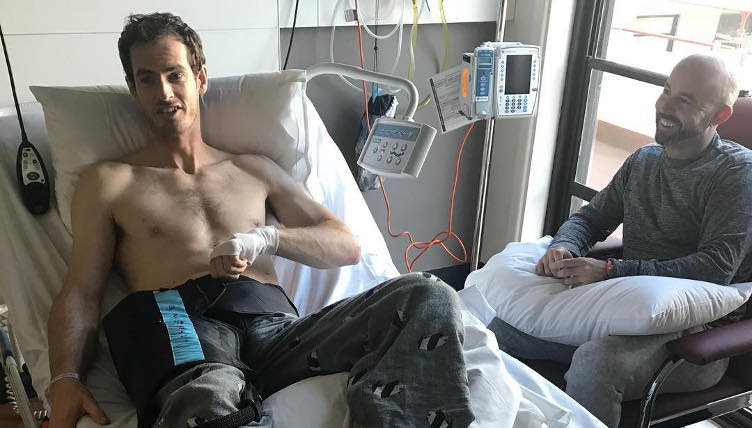 In Tennis Today, we have the lowdown on Andy Murray after his operation and Nick Kyrgios’ Australian Open hopes.

What’s On The Site
If you are a Novak Djokovic fan, then we have good news for you ahead of the Australian Open.

There are also some encouraging words from Andy Murray on returning to the top of his game after he underwent hip surgery.

We are gearing up for the first Grand Slam of the season so do check out our top contenders for the women’s title.

What’s In The Papers
For those who think tennis is an easy sport to crack, here’s a quote from up and coming youngster Simon Carr: “It is a tough world I am in as only 100 players make a profit out of this every year and the rest are struggling to fund themselves.”

Tennis365’s Kevin Palmer has written a cracking piece for The Independent about “Carr battling to become tennis sensation”.

In an interview with Sky Sports, Barry Cowan admits Andy Murray faces a “tough” battle to be fit for the 2018 grass-court season.

The Guardian’s Kevin Mitchell says Murray’s “stubbornness” will be crucial to returning to the top.

No pressure Nick Kyrgios, but Australians are starting to believe that he could break their drought for an Australian Open title.

Kyrgios, of course, won the Brisbane International over the weekend and suddenly he is an “outside favourite” to win his home Grand Slam. Well that’s what the Sydney Morning Herald quotes Pat Cash as saying.

To be fair to Cash, he never mentions the word “outside favourite”, especially for the Australian Open.

Cash also had an interview on 3AW where he talked all things Australian Open and was again asked about Kyrgios and again warned that the Brisbane field was quite weak.

He was also asked to clarify his comments about Bernard Tomic after he reported to have said the Australian was a “waste of breath”.

Eugenie Bouchard is a favourite with the Daily Star and they report that she has taken up a “surprising new sport in steamy snap“. You know what’s coming.

Let’s not forget they also had an EXCLUSIVE about how “Meghan Markle is getting in shape for her wedding with the help of her pal Serena Williams”.

A little post op photo. I'm feeling really positive and looking forward to starting rehab. Thanks to everyone for the well wishes and support the last few days.. It really helps. And everyone try and find a partner who looks at you the way @jamie__delgado looks at me ????????

What’s On The TV
Hobart International
Heather Watson gets more tennis under her belt ahead of the Australian Open when she takes on Australia’s Jaimee Fourlis while top seed Zhang Shuai and Kirsten Flipkens will also be in action.

Sydney International
In the women’s draw, top seed Garbine Muguruza is up against Kiki Bertens while Petra Kvitova faces Camila Giorgi. In the men’s singles, Albert Ramos-Vinolas, Gilles Muller and Diego Schwartzman will all get some game time.