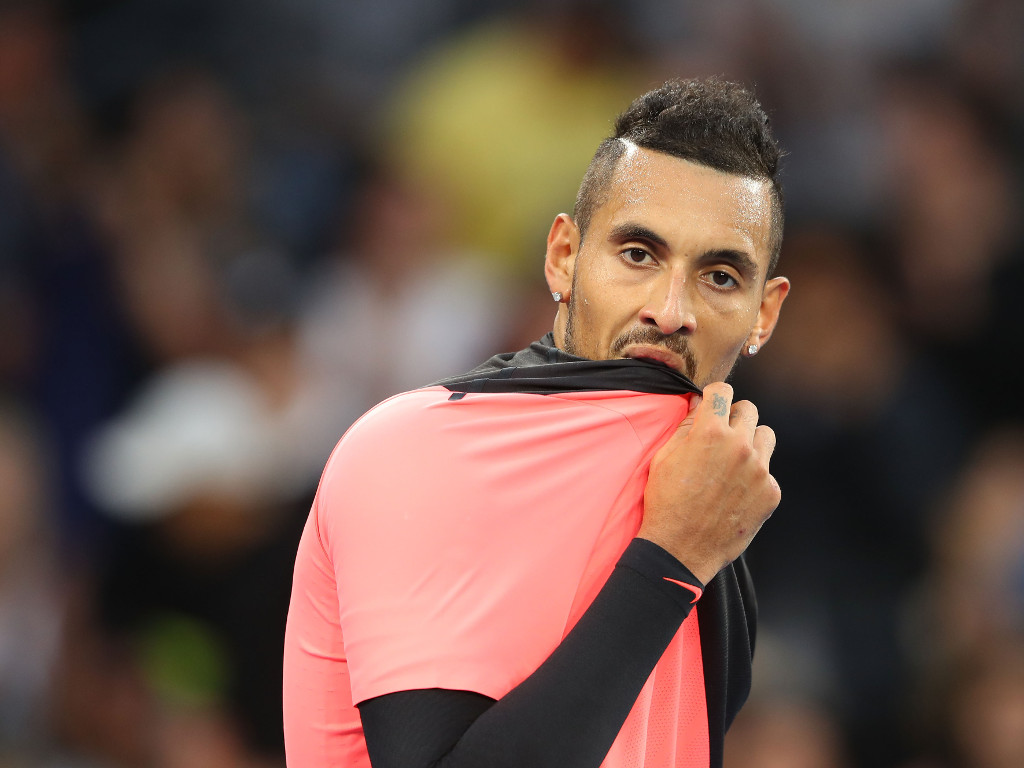 In Tennis Today, the kids are showing class but Nick Kyrgios not so much…

What’s on the site
She may be just 15 years of age but that is not holding Marta Kostyuk back as she marched into the third round of the Australian Open on Wednesday morning. 15!

It is that one pressing question you’ve always wanted to ask Roger Federer… “Are you a witch or a vampire?”

The Aussies continued their run of bad behaviour at home with Nick Kyrgios short $3,700 after he was fined for shouting at a spectator to “shut the f*** up.”

Did you miss any of the action from Day Two? T365 brings you a round-up of the day’s best shots.

* How much do you know about the Australian Open? Test your knowledge with our quiz.

What’s in the news
As the money topic continues to rumble on, Novak Djokovic insists he is not “greedy” and that his recent quotes were taken out of context.

“You’ve taken things out of context,” said the former World No 1.

“I saw that you’ve portrayed me as someone who is very greedy, asks for more money and wants to boycott.

“But there was no talk about that.”

Rising Australian star Alex de Minaur has caught the eye of Jim Courier, who reckons he is “fearless at 18.”

Worried that the Aussie crowd is becoming more American in their rowdiness? Apparently Nicole Pratt is.

Oh baby, baby… yip there may have been a baby at Roger Federer’s match against Bedene but he is adamant that “it is not mine.”

She may have left the world of tennis but Anna Kournikova remains a firm favourite and recently gave birth to twins, Nicholas and Lucy, with Enrique Iglesias.

What’s on social media
Ladies and gentlemen Dominic Thiem may already have wrapped up the shot of the tournament.

We are not quite sure what happened with Aryna Sabalenka here…

Through the eye of the racquet and over…

"People are saying I have a tough draw but these are the players I want to be playing" – @MariaSharapova #AusOpen pic.twitter.com/SkgxDC6BBD

Even Fed appreciates the return of Stan the Man…