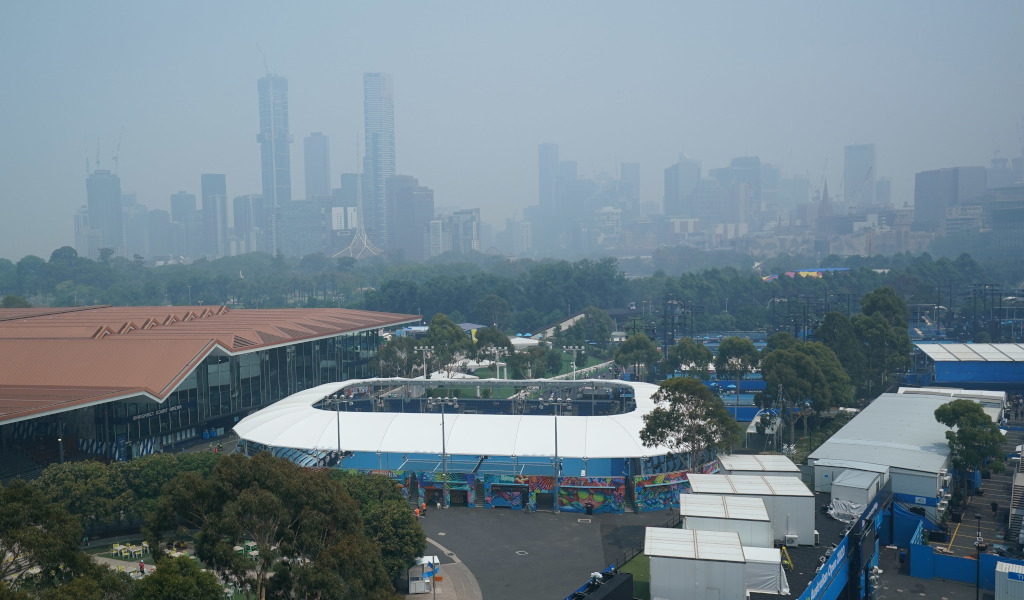 Australian Open tournament director Craig Tiley has once again allayed fears that this year’s tournament could be cancelled due to poor air quality following the bushfires Down Under.

Organisers of the first Grand Slam of the year have come in for heavy criticism this week after several players taking part in qualifying claimed they struggled to breathe because of the smoke from the fires.

Dalila Jakupovic from Slovenia suffered a coughing fit during her qualifier and was forced to retire, saying “I was really scared that I would collapse. That’s why I went onto the floor because I couldn’t walk anymore”.

Eugenie Bouchard from Canada as well as Liam Broady from Great Britain also voiced their unhappiness with the latter saying it “boiled his blood” that he was forced to play in those conditions.

There have been suggestions that the tournament could be rescheduled, but Tiley says that is not the case.

He added: “We’ve said all along, and I’ll repeat it again, their [the players’] safety, their well-being, their health, is of priority to us, as it is with our staff and our fans,” he added.

“We’ve done the best we can in communicating with the tours. One thing I can say is this is about trusting the medical advice and the scientific advice.

“Absolutely we understand the anger. A lot of it comes in the confusion and the complexity of understanding what goes on. We’ve invited the players to come in at any time and have a conversation.”