Tomic adamant lack of wildcard ‘not a big problem’ 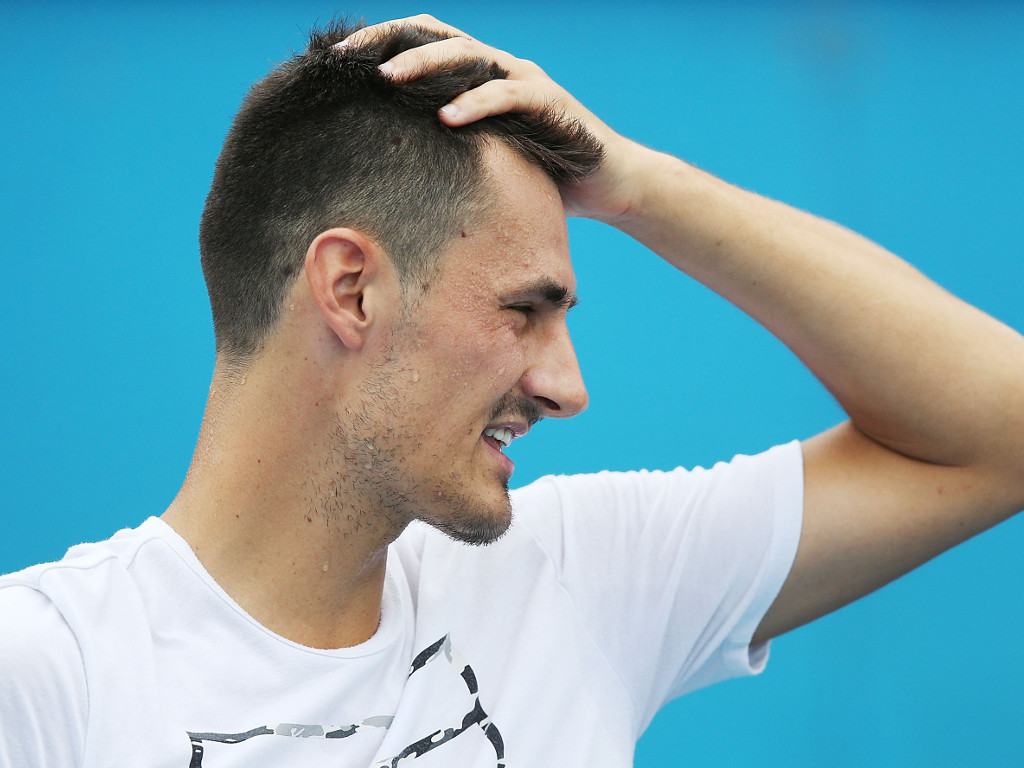 Bernard Tomic is defiant in the face of a wildcard snub from Tennis Australia, adamant he will make it into the Australian Open without their help.

Having fallen to 142nd in the world after a wretched 2017 campaign, Tomic is not eligable for direct entry into next week’s Australian Open.

However, denied a wildcard into his home event by Tennis Australia after failing to take part in a playoff or attend a training camp, the 25-year-old will have to progress through to qualifying to enter the tournament.

“I’m not going to say anything (about not getting a wildcard),” he said at the Kooyong Classic exhibition.

“It’s their view and I’ve never needed the help of Tennis Australia to achieve what I’ve achieved in my career.

His preparations for the qualifiers, though, did not get off to the best of starts as he lost to world number 169 Yoshihito Nishioka in straight sets at Kooyong.

“I haven’t played that much tennis the last six months, so anything is good for me now,” he told AFP.

“I just need more matches and get back to feeling confident on the court.

“I know the last qualifiers I was in at a Slam I made the quarters when I was 18 at Wimbledon, so I think for me as long as you’re playing well you can always believe in yourself and play well from that.

“I’d love to qualify and do well but it’s going to be tough, there’s a lot of good players in the qualifiers and you have to respect everyone, so we’ll see how it goes.”