‘Veteran’ Nick Kyrgios admits he ‘didn’t really miss the game at all’, but now he is ‘ready to go’ 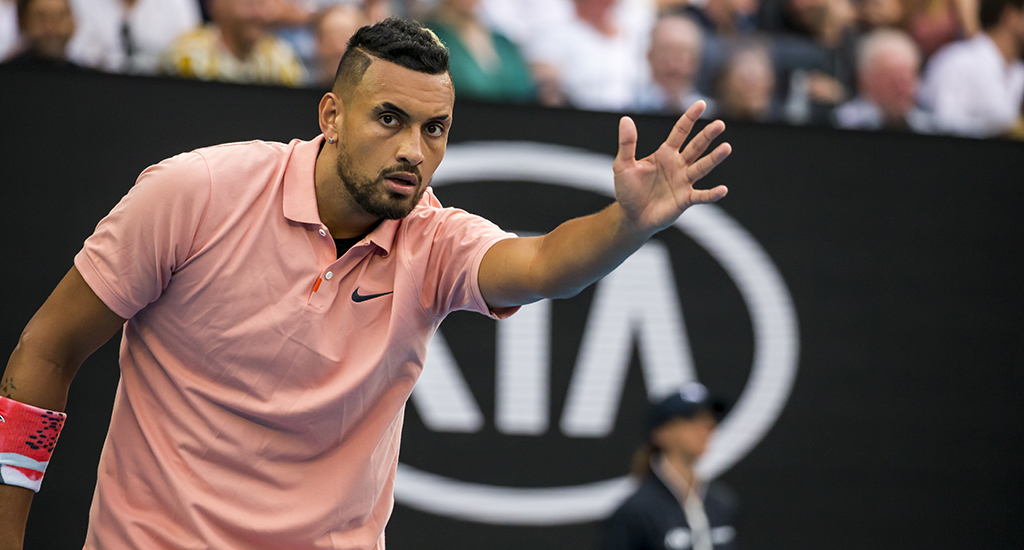 Nick Kyrgios “didn’t miss too many people on the Tour”, but the Australian says he is feeling refreshed after the long break and “ready to enjoy myself” at the upcoming Australian swing.

The world No 47, who opted not to compete on the ATP Tour after the sport resumed following a five-month hiatus due to the coronavirus last year, admits he didn’t long too much for tennis during the break.

“I don’t miss too many people on the Tour, to be honest. Apart from all the Australian guys,” he said.

“I’m not going to lie, I didn’t miss the game that much.

“I’m a competitor, I compete with everything I do. But I was playing computer games, all that kind of stuff, getting my little competitive edge there. I didn’t really miss the game at all.”

Nick Kyrgios ‘is the black sheep of the ATP’ and ‘likes attention’, says Stefanos Tsitsipas

After nearly a full year on the sidelines, Kyrgios will return to action at the Murray River Open next week before competing at the 2021 season-opening Grand Slam, the Australian Open, at Melbourne Park.

He acknowledges it took a lot of motivation to get going again, but now he is refreshed and looking forward to returning.

“It was a bit of a task to get out there, get in the routine of things. Wake up and say, ‘Look, we got the Australian Open around the corner, let’s put some work in’. It wasn’t so easy,” he said.

The 25-year-old “veteran” added: “I feel like I am playing well and am ready to go. Everyone is really playing it by ear. Nobody really knows who is in form and who is not.

“I’m going to take it day by day and try to enjoy myself as much as I can.

“I’m extremely blessed to be here again,” he added. “I’m not sure how many of these I played now. I definitely feel like I’m a veteran of the Tour now.

“I’m just happy to be around it (tennis) again.”