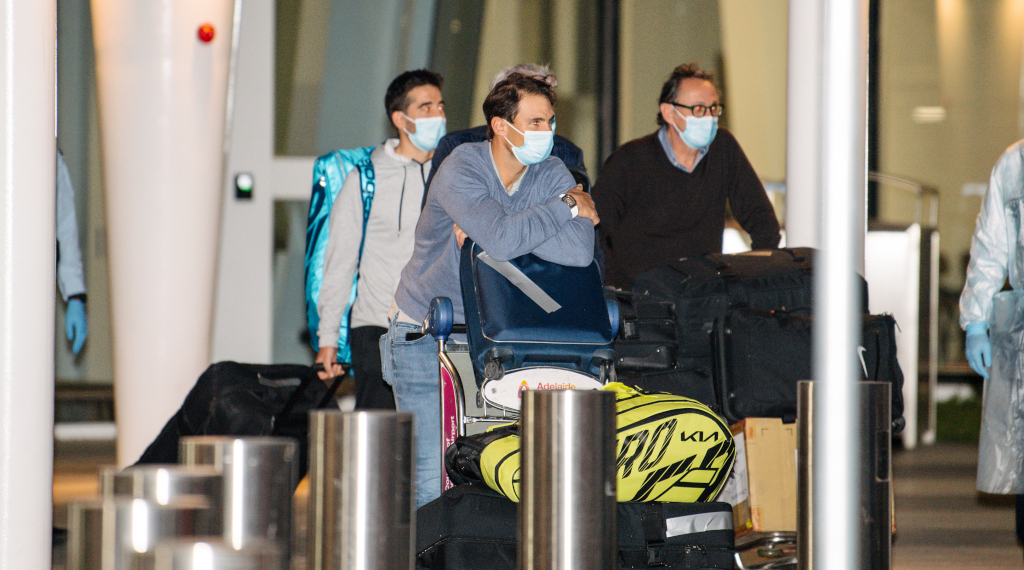 The world’s best tennis players, including Novak Djokovic, Rafael Nadal, Dominic Thiem, Serena Williams and Naomi Osaka, have started arriving Down Under ahead of the 2021 Australian Open.

The season-opening Grand Slam was given the go-ahead for a February 8 start after organisers and government officials agreed to impose the “strongest, the strictest rules that apply for tennis across the world”.

Players, support staff and officials will only be allowed to travel to Australia via charter flights arranged by organisers and once they touch down they will head straight to their hotels for 14 days of quarantine.

The majority of the players, including the likes of Victoria Azarenka, Petra Kvitova, Johanna Konta and Stan Wawrinka, will be spending the next two weeks in hotels in Melbourne.

Made it to Melbourne! Thank you everyone so much for making it happen. I can only imagine how many hours of work and compromise it took for us to be here! Thank you 🙏🏻 pic.twitter.com/Jt0ywFIEj4

However, some of the biggest names in the game will be quarantining in Adelaide as they will feature in an exhibition tournament once their 14 days are over.

Those names include world No 1 and defending Australian Open champion Djokovic, 20-time Grand Slam winner Nadal and reigning US Open champion Thiem on the men’s side.

Back in Australia & already with the @ATPCup on his mind 🏆

What do you predict for @DjokerNole this season? pic.twitter.com/jCYnC2hMSu