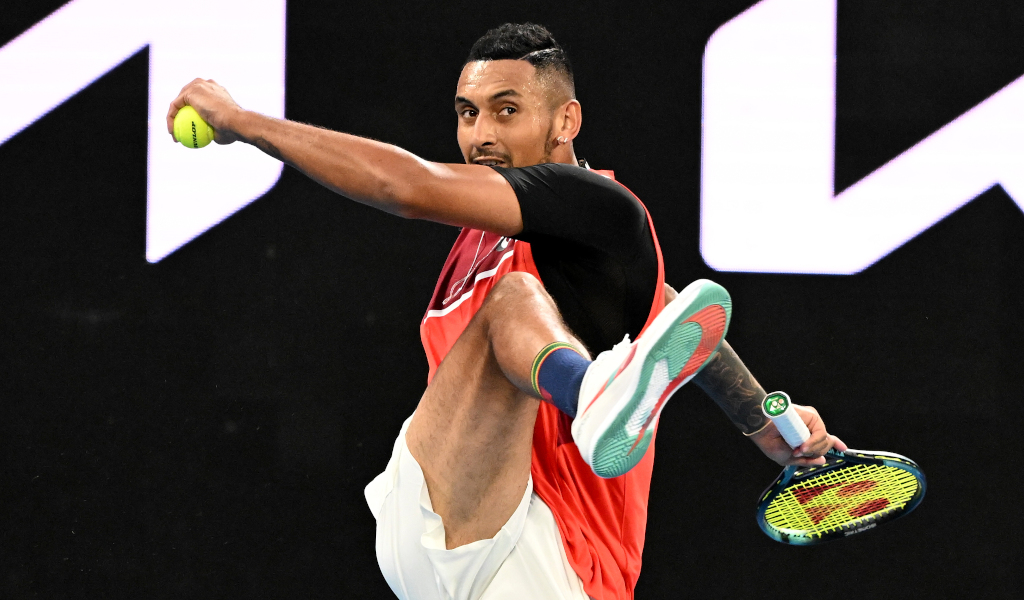 Nick Kyrgios the great entertainer produced box office tennis on day two at Melbourne Park as the Australian eased past Liam Broady in the first round.

It was a lopsided match in all honesty as Great Britain’s Liam Broady did not put up much resistance during the 6-4, 6-4, 6-3 defeat in just under two hours.

Yet those in the stands at John Cain Arena had their money’s worth in terms of entertainment with most of it coming from the home crowd favourite.

The fans had barely taken their seats when Kyrgios produced an underarm tweener serve in his opening service game.

Your front row seat to the @NickKyrgios show

We agree with the commentator, ridiculous is the word to describe that serve so early in a match.

There was another tweener later in the match as Kyrgios seemingly got bored of a straightforward rally.

Yep, filthy tennis sounds about right and of course he produced the Cristiano Ronaldo celebration at the end of the match.

The Australian will face a much tougher test in the second round as he will take on second seed and reigning US Open champion Daniil Medvedev, who defeated Henri Laaksonen in the first round.

YouTube and Instagram influencer The Tennis Mentor is giving Tennis365 readers a unique insight into how to play the masters at the Australian Open and here is how he would advise yo to play the ‘tweener’.