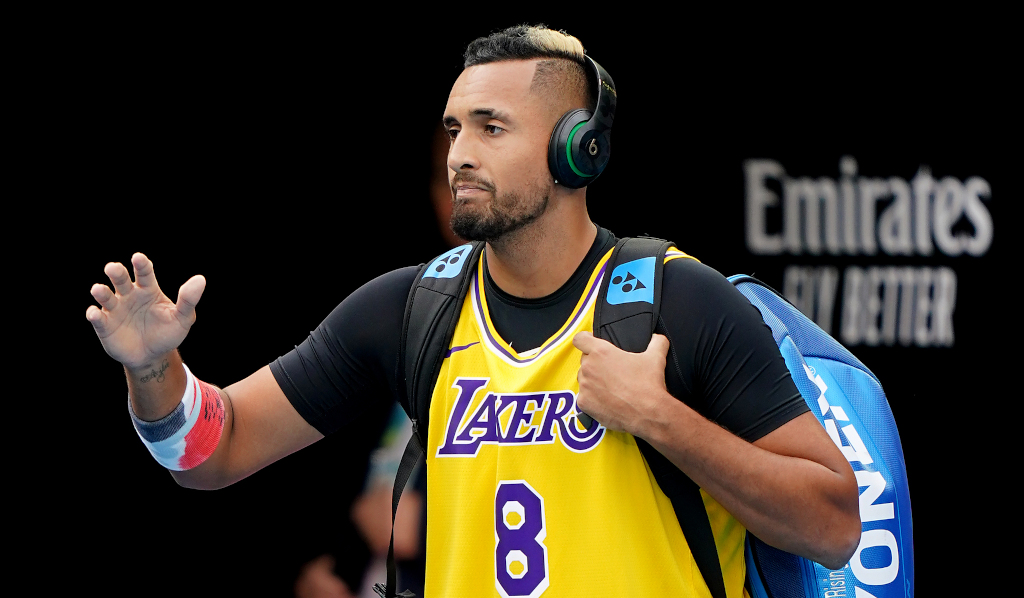 Nick Kyrgios paid an emotional tribute to NBA great Kobe Bryant ahead of his Australian Open clash against Rafael Nadal on Monday.

The Australian is a massive basketball fan with the Boston Celtics his favourite NBA outfit, but he wore the legendary Bryant’s No 8 Los Angeles Lakers jersey as he made his way onto Rod Laver Arena for the fourth-round clash against Nadal.

Bryant and his daughter Gianna were among nine people killed in a helicopter crash in California on Sunday.

Several of the world’s sporting stars have paid tribute to the basketball great with world No 1 Nadal and Novak Djokovic leading the tennis tributes.

Kyrgios paid his own special tribute.

Goosebumps!@NickKyrgios & @RafaelNadal take a stroll down the ‘Walk of Champions’ which will lead them to tonight’s battle ground: @RodLaverArena. #AO2020 | #AusOpen pic.twitter.com/S38azQSFha