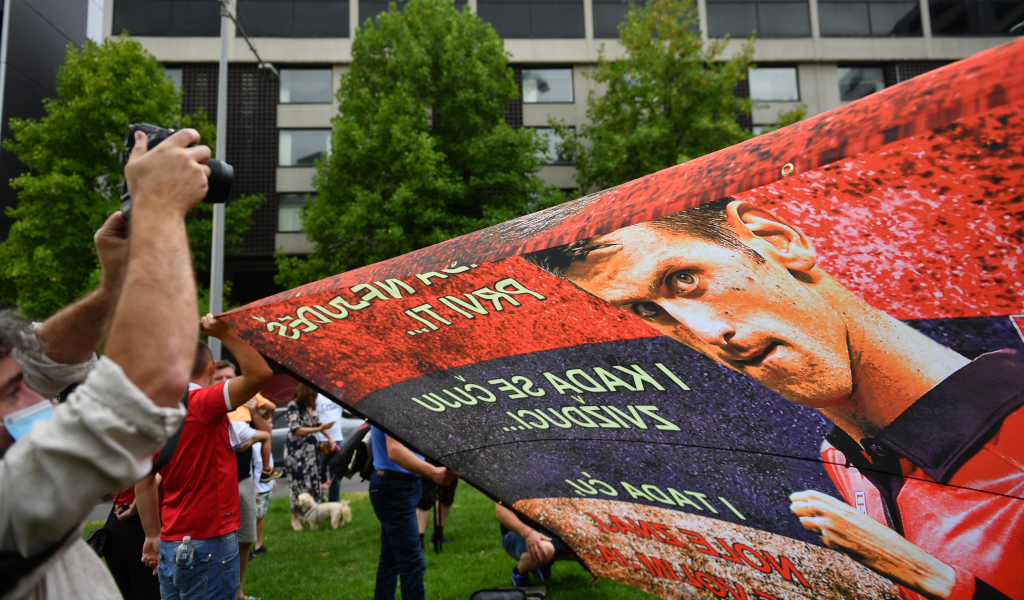 The Novak Djokovic and Serbia fans had plenty to celebrate on Monday after a Melbourne court ruled in favour of the world No 1 in his appeal against the decision to cancel his visa.

After having his visa cancelled following his arrival in Melbourne on Thursday, the 20-time Grand Slam winner spent the past few days in an immigration detention facility after he decided to challenge his deportation from Australia.

The Australian Border Force cancelled Djokovic’s visa and denied him entry into the country as he “failed to provide appropriate evidence to meet the entry requirements”.

But on Monday the decision was overturned by Judge Anthony Kelly as he ordered that the 34-year-old be removed from detention within half an hour of the ruling and the Australian Government pay the legal costs of the case.

Fans of the Serbian had been protesting outside the Melbourne court and the detention facility and they were delighted with the ruling.

BREAKING: Novak Djokovic is free to play in the Australian Open after a judge ruled against the decision to remove his visa.

On #BBCBreakfast Australia correspondent Shaimaa Khalil reports from outside the hotel where he has been held.https://t.co/j7imSLkSnw pic.twitter.com/k1IqsESLjt

Serbian fans are rejoicing outside the Federal Court after the judge ordered @DjokerNole to be released from detention. @EstelleGriepink has the latest. https://t.co/5zYfOfohG3 #7NEWS pic.twitter.com/dX0nEuzSEB

Although it might not be the end of the drama as the Minister for Immigration, Alex Hawke – not the minister who made the original visa cancellation – will now consider whether to exercise a personal power of cancellation of Djokovic’s visa.